A WIND OF CHANGE 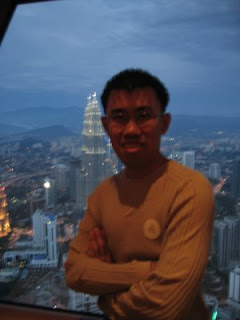 As the former Vice President of Membership (during the term 2006/2007), I thought my duty was finally accomplished. Hence, I opted for an early retirement from the Club’s executive committee board and wanted to take the back seat and enjoyed my usual lifestyle as a “normal Toastmasters member”.

Back then, I remembered Yap Chean Sheong was elected to be the Vice President of Education (VPE) of 2007/2008. Without any shadow of doubt, I have absolute confident in his managerial capability and leadership to do a good job. Nevertheless, something happened along the way. Due to Yap’s work commitment where he is required to be posted to Norway, he has but to relinquish his position as the VPE.

It was a lost to D’Utama Toastmasters (DUTM) Club of knowing that a precious member is leaving us for someone’s gain. However life must still go on… So was there a replacement to fill in the void before the next term (2007/2008) begins in July 2007; within less than two weeks? In fact, there was no plan B to expect the unexpected!

In the end, our past president Lee Wei Seong gently asked yours truly, “Are you ready to continue?” Hmm… on one hand, I was about to celebrate my freedom from responsibility and apparently the ghost of the executive committee board (still) refused to release me… not yet perhaps! It was difficult for me to decline or ignore the urgency that the Club requires of my immediate attention; at the eleven hour! Therefore, I took up the post gladly and willingly as the newly substitute VPE for DUTM.

Once I have plunged into the vortex, it was a point of no turning back. As the VPE, there were many challenges and obstacles to face head-on and solutions are demanded on the silver platter. To name a few, I need to satisfy the members’ insatiable hunger for assignment speaking slots, undertaking the Club’s annual workshops and/or projects (for example; Speechcraft and Youth Leadership program), arranged and managed the annual Toastmasters’ contest, and checked and re-checked that every monthly regular meeting the role players are fully occupied.

The Hercules task was fantastically a tall order and I felt exhausted physically, mentally and sometimes psychologically. Because apart from Toastmasters, I have to juggle my day job; which is equally essential and very important to achieve my boss excruciating demands. However, it was ironic that despite the bitter sweet journey that I have had gone through, I felt in love with what I was doing (for the Club) and I’m lovin’ it!

Though my role as the VPE is far from perfection and maybe unable to fulfill every member’s requirements or the Club’s expectation, I humbly seek for everyone’s pardon and forgiveness – for I’m just a man with limitations. Before the curtain is drawn to close this old chapter, I would like to take this opportunity to say, “Thank you” to all who have shown encouragement and given the support in whatever I do – for the love of this humble Club.

A moment to ponder, if it was not for the wind of change that has taken place – in the beginning, I asked myself, where would I be or what was I doing? Perhaps I would be a normal Toastmasters member, taking the back seat and be left unknown and unheard at one lonely, dark corner of this world.