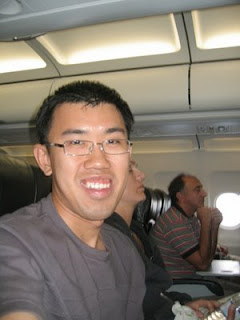 Of late, we have seen and experienced many events that happened to our world. For instances, the economic turbulences of high inflation, increase of unemployment rate and the stock market took a “deep impact”; terrorists attacked at prestigious hotels; and airport was under siege by “peaceful protesters” while ships were captured by “pirates of the Somalia”. So we asked ourselves, “what have become to our world and where do we go from here?”

Because we have suffered (in one way or the other), naturally it would be merely convenient for anyone and anybody to vent our dissatisfactions and frustrations through condemning, cursing and criticizing that so-and-so and this-and-that-things are the cause of our world issues getting from bad to worst. But despite the gloom and doom that shadowed our darkest moment, there is still a ray of hope and beauty in our daily life.

Toastmaster has taught us a lesson and we ought to remember and practice it - faithfully. We should learn to evaluate the occasions wisely and provide as much positive and encouraging feedbacks as possible to and for others to see – when we are “blind” to realize it.

For examples, it would be proper to say that our country, Malaysia, is (almost) free from natural disasters while other countries are facing Mother Nature’s threats now and then, and we have sufficient food supply to feed every Malaysian’s huge and insatiable appetite, while there are some people from other countries are struggling to survive with its famine and hunger.

It may sound easy to be said than done, I did not mention that is would be “a piece of cake” because we may expect rejections, dejections, and objections. Likewise in our Toastmaster affair, whenever we give our “five cents point of views”, some may not take it lightly with open heart and open mind and while others may accept it gracefully and humbly.

So let’s promise ourselves with two tasks to fulfill (from this day onwards). Firstly, we continue to give feedback(s) in good faith to others. Secondly, the receiver who received the feedback(s) will not take it personally but rather objectively. If we can do these two tasks (easily), then our world can be a better place to stay-in with lesser problems and worries.

“Taking Chances to Share”
Posted by D'Utama Toastmasters Club at 11:43 PM
Email ThisBlogThis!Share to TwitterShare to FacebookShare to Pinterest


If you have any enquiry, please do not hesitate to contact the Club Exco, Teoh Chun Ming (teohchunming@gmail.com) and/or yours truly; for more information.