We have just one night away and the Speaker's Night will arrive upon us with a marathon of madness!

The theme for the night is 'Making choices' so I hope you all make a fabulous choice and head to D'Utama to witness some exciting Speakers and Evaluators, spout pearls of wisdom.

All role-plays have kindly be taken up with Joanna Tong filling in the ASA2 position. Thank you Joanna.See you by 7pm with G.Levin.
The role of the Ah Counter will not take place due to time restraints sorry...but thank you Viswam for taking up this role .
Terima kasih to those whom I asked to take up roles earlier, like Henry Fu but various speakers pulled out and adjustments had to be made accordingly.

For all speakers please ensure that you bring along your CC and ACL Manuals for your Evaluator to write in their Evaluations.Also do have your speech titles ready for me if you have not already done so.(I have been forwarded some from Marcus already).

Look forward to seeing you be ' entertained' and not 'strained and drained'.

See you then.
Yours in Toastmasters

Updated by Joanne Tham
Posted by D'Utama Toastmasters Club at 10:16 PM
Email ThisBlogThis!Share to TwitterShare to FacebookShare to Pinterest 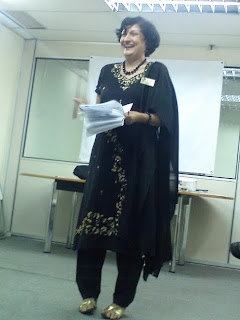 Our Facilitator Dr. Devi Menon, DTM arrived as early as 7:00PM to ensure that she was prepared and properly briefed on the flow. She is a Senior Lecturer in Faculty of Languages and Linguistics where she taught for the past 18 years. She is the Lecturer Advisor of the University of Malaya Toastmaster's Club, a member of Taman Indrahana and the Charter President of Sai Masters TMC. She was the immediate past Area Governor for W3. 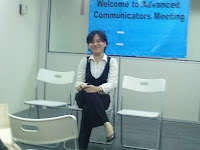 Our 1st Speaker was strong 'CEO of Freescale', Cheah Ai Ling, CC CL (CIMA) who attempted to lift the spirits of the employees while calming them down in a hostile situation of the project "Confrontation: The Adversary Relationship (Speeches By Management)". She was calm, cool and compose when the audience began firing away their questions in attempt to stir up the situation. 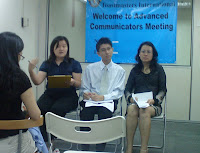 Ai Ling's Panel of Evaluators was composed of Gan Poh Lin, CC ALB, Marcus Loi, CC and Nancy Liew, ACB ALB, and the Lead Evaluator was Johnson Yike DTM. Drawing from personal experience, each evaluator gave their perspective on how the hostile situation and staff could have been manage, and the feedback was well received. 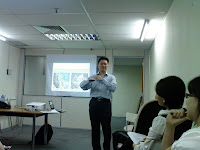 Our 2nd Speaker was DTM Soh Fong Wai who shared a non-technical presentation about "The Underwater World (Technical Presentations)". It was an interesting piece where he shared about underwater photography and the audience was able to seek clarification & ask question during the presentation. A lighter moment of the speech when Fong Wai commented on how much the camera's cost. 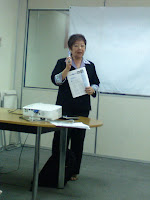 His Panel of Evaluators comprised of Richard Yeow, CC, Johnson Yike, DTM and Irene Lee CTM, ALB, and his Lead Evaluator was Dr. Lim Chooi Peng, DTM (Past District Governor of District 80). The Evaluators were wondering if Fong Wai was sharing about the features of a camera or to take up underwater photography. In any case, we definitely took back information about both. 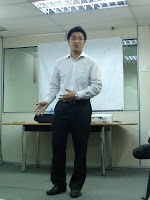 Our 3rd Speaker was Ernest Wong, ACB ALB who gave a new perspective on a classically folk tale, "Cinderella (Story telling)", and the audience had a second childhood as we were asked to imagine ourselves when we were 9 years of age. Ernest played the role of a teacher who was telling us 9 year old children the story. 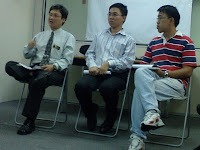 His Panel Evaluators consist of Gan Teong Hock, ACB ALB, Richard Yeow, CC and Calvin Lim ACS, and his Lead Evaluator was Lee Wei Seong, ACG CL. The challenge of the Storytelling manual as pointed out by the all the evaluators including the open evaluation was the important of one's voice and the use of vocal variety. Calvin gave a very impressive example ("Dong, Dong, Dong .... and the clock struck twelve ...."). 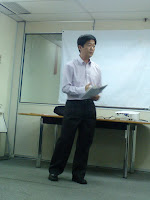 Our Facilitator, Dr. Devi Menon DTM gave an insightful take of the ACM and reminded us that though we are evaluating Advanced Speeches, we should not park our Toastmasters' Principles of Evaluation (using the sandwich matter). A point well taken and the ACMers will be more sensitive especially to first time presenters to the ACM. 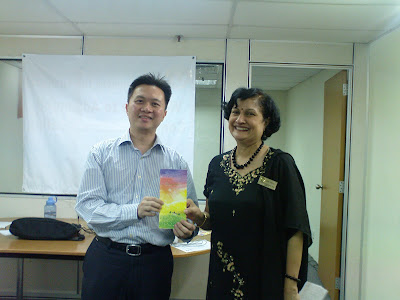 In conclusion, I really had a wonderful time and everyone surely have learned a lot during this meeting. We learned to beef up our communication skill, evaluation skill, and develop a thick skin ;-)

Who will your child

Strong leadership and effective communication are some of the key skills necessary to be successful. It is important for your child to pick up these skills as early as possible. Start them on the right path…start here… 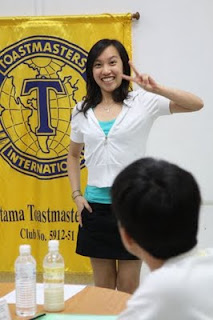 
PROJECT 1: THE ICE BREAKER
To introduce yourself to an audience, giving them some information about your background, interests, and ambitions.
PROJECT 2: ORGANISING YOUR SPEECH
To tell others about a topic, allowing listeners to easily follow and understand the speech, especially when moving from one idea to another.
PROJECT 3: VOCAL VARIETY
To develop your voice so that it enhances your message and attracts the listeners’ attention.
PROJECT 4: BODY LANGUAGE
To use body movements naturally and effectively to support your speech.
PROJECT 5: IMPROMPTU SPEAKING
To learn to think within a very short time, and convey a message in a clear, logical, enjoyable, and even persuasive manner.
PROJECT 6: EVALUATION PROCESS
To evaluate a speech by giving constructive and encouraging feedback with positive suggestions for improvement.

“I've  gained more confidence in speaking which make me feel more comfortable in approaching other people. I am able to communicate more effectively and get my message clearly across to the other person.”
Muhammad Nur Hafidz bin Azmi, 16
(2007 YLP Participant)

ACM #40 has been confirmed to be on 27 October 2009 (Tuesday) and our Facilitator is Dr. Devi Menon, DTM (from Sai Toastmasters Club & Taman Indrahana Club) !!! Dr. Devi Menon is a Senior Lecturer in Faculty of Languages and Linguistics where she taught for the past 18 years. She is the Lecturer Advisor of the University of Malaya Toastmaster's Club, a member of Taman Indrahana and the Charter President of Sai Masters TMC. She was the immediate past Area Governor for W3.

ALL Roles has been filled !!!! ACM #4o is ready to go !!!! I will be sending the Agenda, and Project Details (once made available by the Assignment Speakers) by next week. I'm surely looking forward to another FUN FILLED ADVANCED COMMUNICATOR MEETING !!!!

For more Information and Guidelines about the ACM: Download Here
ACM #40 is organized by D'Utama Toastmasters Club. ACM is open to ALL Competent Communicator(CC) / Toastmasters (CTM) and above, and members of good standing with their own respective club. NO DOOR Fee but registration is required to attend & for seat allocation (max 18). I will be updating the details on both D'Utama Toastmasters website and Division B Blogspot periodically and besides sending email updates.
If you are interested to participate, please feel free to email me (jyike78@gmail.com).

As part of the club's tradition, D'Utama Toastmasters Club celebrated the birthdays' of members and guest who were born in the month of August to October in last night's meeting (15 Oct 2009). 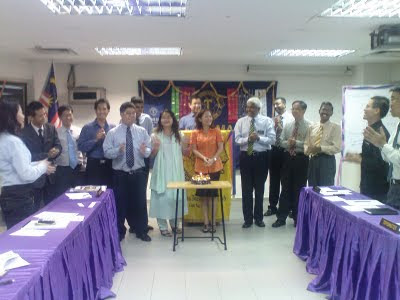 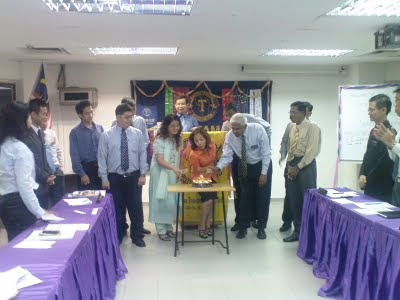 ( posted by Johnson Yike )
Posted by D'Utama Toastmasters Club at 10:47 AM
Email ThisBlogThis!Share to TwitterShare to FacebookShare to Pinterest
Labels: Regular Meeting