Our most recent meeting on 21 January 2010 was a most fruitful one, with 6 table topic speakers and 5 assignment speakers strutting their stuff! We also managed to end the meeting at 10.00 pm (not including business session)!
The one who emerged the Best Assignment Speaker at the meeting on 21 January 2010 will be the Toastmaster of the Evening for the next upcoming meeting! This dedicated and energetic Toastmaster is Jonathan Moh.
Let's be part of this meeting to support and help him to register a memorable meeting on 4 February 2010! The Toastmaster of the Evening promises this to be a night to remember!


The theme is "Wishing You Happy Chinese New Year with a Roar!" 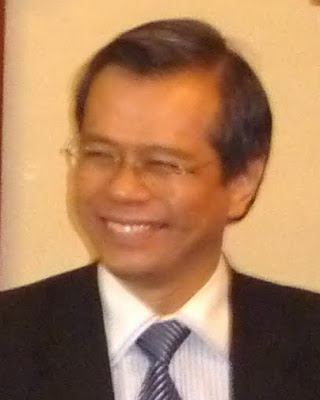 I would like to announce that the date for ACM #43 is fixed on 26th January 2010 (Tuesday) and our facilitator is none other than DTM Lee Swee Seng. He is the past Division P Governor (2007/2008). As well as the District 51 champion in both International Speech and table Topics Contest in year 2005 as well as past Speech Evaluation Contest in Division P and W.

Registration for role players are now CLOSED and the meeting is a GO.
ROLE PLAYERS BEFORE THE MEETING KINDLY DOWNLOAD & READ THE FOLLOWING :

p/s: Please revert your mail to both me and Janice Lee janice_ladycanary@hotmail.com as I will be out of the country from 22nd January 2010 to 5th February 2010. Sorry for the inconvenience caused.

ACM #43 is organized by jointly organize by D'Utama TMC and TTDI Toastmasters Club. ACM is open to ALL Competent Communicator(CC) / Toastmasters (CTM) and above, and members of good standing with their own respective club. NO DOOR Fee but registration is required to attend & for seat allocation (max 18).

Posted by D'Utama Toastmasters Club at 9:40 AM
Email ThisBlogThis!Share to TwitterShare to FacebookShare to Pinterest
Labels: ACM

Come join us this Thursday (21 January 2010) and find out how an "analytical engineer type strategist" handles being a Toastmaster of the Evening (TME) for the first time ever.

Expect the unexpected and you won't be disappointed!

An opportunity to SUCCEED

Is fear standing in the way of your success?

Conquer that fear of public speaking. 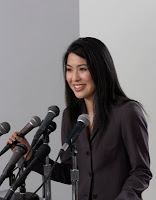 Speechcraft is a 2-Day intensive and fast track program designed to coach your public speaking skills. It will be conducted in a series of sessions, which include training in speaking, listening, thinking, evaluating and leadership. It will be carried out in an entertaining and conducive learning environment with experienced facilitators and a comprehensive Speechcrafter’s Handbook from Toastmasters.

OBJECTIVES
During the program, participants will have the opportunity to:
•    learn how to conduct meetings
•    learn how to introduce a speaker
•    develop skills for speaking off the cuff effectively
•    present and improve on their own speeches, and gain confidence
•    evaluate speeches


WHO SHOULD ATTEND
This program is open to all interested persons from age 18 and above. The program is limited to maximum of 20 participants. The purpose is to focus on individual performance with closer personal attention throughout the program.

Posted by D'Utama Toastmasters Club at 10:20 AM
Email ThisBlogThis!Share to TwitterShare to FacebookShare to Pinterest
Labels: Program - Speechcraft

Just before Christmas on 23rd December, ACM #42 took place and It was fantastic to see a great turnout to the meeting though it was the holiday season. It was let by my immediate 'boss', the immediate Past Division B Governor DTM Zaharah IBRAHIM, she facilitated and moderated the meeting with her usual demeanor; Calm, Cool and Compose.

The meeting started on time but there were a few re-shuffling of the Assignment Speakers as the traffic jam for that evening somewhat notorious (than usual). Thus our GAN Poh Lin, CC ALB took to the stage first with her Story Telling manual: Project #2 - Let's Get Personal. Her speech title was 'Do you have a friend called P.I.G.?' and she shared about the sleeping habit and character of her partner ... *'Insider' sources revealed that the speech may be exaggerated or contains part of fiction (hehee ...).

Poh Lin's Panel of Evaluators were composed of CHEONG Kuok Sum, CC CL, Janice LEE, CC and Ivy CHERNG, ACS, ALB, and the Lead Evaluator was SOH Fong Wai, DTM. The interesting take of this evaluation session was the confidence displayed by a particular Panel Evaluator during the Q&A session - she was confident, and took her ground when posed an alternative suggestion. The ACM truly builts confidence not only in the Speakers but the Evaluators as well.


Speaker 2nd was Geoff ANDREW, DTM who did another challenging advanced manual, Communicating On Television: #5 - Training on TV. The Live Presentation was truly an educational and interesting piece, BUT the challenge here was the evaluation would NOT be based on the Live Presentation but based on the Recording (that was took place during the Live).

Unfortunately, due to some technical difficulties, the recording playback was not possible and Evaluators (Lead Evaluator: Meyyappa MANICKAM, DTM, Panel Evaluators: Johnson YIKE, DTM, Julian GAN, ACB ALB, CHEAH Ai Ling, CC CL) were not able to provide their feedback. HOWEVER, the show much go on and Julian GAN commented on the possibility of having a ZOOM mic or a lapel mic that could be connected to the camera to capture the audio, and Johnson commented on the need for the relevant parties to have backup plans and not to assume. The evaluators will be evaluating THAT RECORDING eventually ... YouTube perhaps.

Our 3rd Speaker was our ACM veteran, GAN Teong Hock, ACB CL, who gave us a Dramatic Speech (The Entertaining Speaker: Project #4) based on his a holiday trip with his family. His story captivated the audience who were glued to his every word.

The Panel Evaluator consisted of Area P3 Governor, EU Choi San, CC, FOONG Xiao Thoong, CC ALB, and Richard YEOW, CC. His Lead Evaluator was Marian LEE, ACB CL. Each of them covered different aspect that could have spiced up the story ranging from stategic pauses, and vocal emphasis.

Our Facilitator, DTM Zaharah Ibrahim demonstrated her kind, caring, and gentle side by re-enforcing our Speakers and Evaluators - stating the improvement she had seen in each one of them compared to her previous encounter with them individually. Special thanks and acknowledgment was extended to ACG Lee Wei Seong for providing us the meeting venue since the start of ACM. Thank you ACG Lee Wei Seong !!!!

In conclusion, I really had a wonderful time being the Organizing Chair for the past six ACMs (from ACM #36 to ACM #42). It was truly an enlightening experience that have stected my knowledge especially in Publicity and Blogging. The mantel has now been handed over to Area W4 Governor: CHEONG Kuok Sum, CC CL who will be taking over from ACM #43 to ACM #48.


The date of the next ACM (#43) has been finalized on 26 January 2009 (Tuesday) and the Facilitator is LEE Swee Sing, ATMS from Premier Advanced Toastmasters Club. Confirm your participation soonest possible with Kuok Sum (kuoksum@gmail.com) and see you all there !!!! 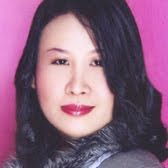 How do you feel about achieving ACS?

"Upon the achievement of Advanced Communicator Silver (ACS), I find much more about myself. How a meaningful life can be is depend on the amount of value imparted from one's thought and action. Such process is possible through the practice of positive communication and leadership skills. The Club is the best place for me to explore. A well-rounded learning takes time. I have filled some inadequacies along the journey, and still filling up...

It's also about reaching another milestone. With the continuous sharing of opinions by my mentors ACG Lee Wei Seong and DTM G Sivalingam all these years, I sincerely thank them from my bottom of my heart. Not forgetting our President CC Teoh Chun Ming, one of the very thoughtful leaders with his team and his theme - "No Road Is Too Long", I truly enjoyed this marvelous path in toastmaster. I will continue to progress to reach the next milestone!"

NANCY, YOU DO US PROUD!!! KEEP ON MOVING FORWARD!


To be eligible for the Advanced Communicator Silver (ACS) award, one must have achieved Advanced Communicator Bronze award or Advanced Toastmaster Bronze award), completed two additional advanced communication manuals (may not be those completed for any previous award) and conducted any two presentations from the Better Speaker Series and/or The Successful Club Series. For more information, go on to http://www.toastmasters.org/Members/MemberExperience/EducationalProgram/CommunicationTrack.aspx

Welcome to the 1st D’Utama Toastmasters Club regular meeting of 2010! At the helm will be the Toastmasters of the Evening, Hoo Sze Ling, joined by a team comprising of some of the most dynamic people in the Klang Valley!

“En route to success!” is the theme for the evening that will see both up-and-coming and veteran speakers who make this club a force to be reckoned with!