D’Utama Toastmasters Club held its 26th Annual General Meeting on 8 May 2010 at Tropicana Golf & Country Resort.
Members were first treated to a sumptuous buffet dinner before the AGM commenced, as is the club tradition.
The meeting commenced with President Teoh Chun Ming, CC, reading the minutes of the previous AGM and then his Presidential report on what took place during his term to date. Members adopted the previous AGM minutes without hesitation. Proceedings went smoothly without event. 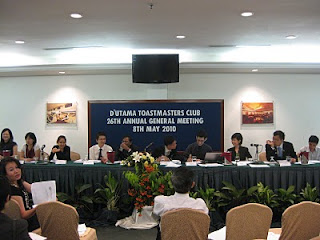 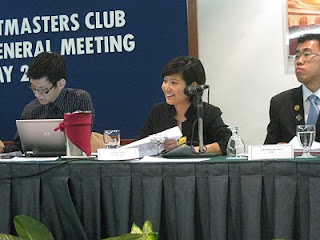 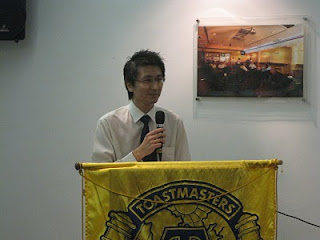 The Incoming Exco will resume duties effective from 1st July 2010, charged with the responsibility of taking D’Utama Toastmasters Club to even greater heights!
Posted by D'Utama Toastmasters Club at 5:55 PM
Email ThisBlogThis!Share to TwitterShare to FacebookShare to Pinterest
Labels: About the Club
Newer Post Older Post Home