DON'T MISS THE TOASTMASTERS EVENT OF THE YEAR!

On 21st August 2010, the Area B4 Humorous and Evaluation Speech Contest was held at Lafarge Malayan Cement, Level 12, Uptown 3, at Damansara Uptown. Representatives from the 4 clubs within Area B4 pitted their talent against one another for the chance to take the championship home and represent Area B4 at the Division B Humorous and Evaluation Speech contest. Members from clubs within Area B4 came in droves to rally support for their representatives and saw the contest attendance swell to a full house! 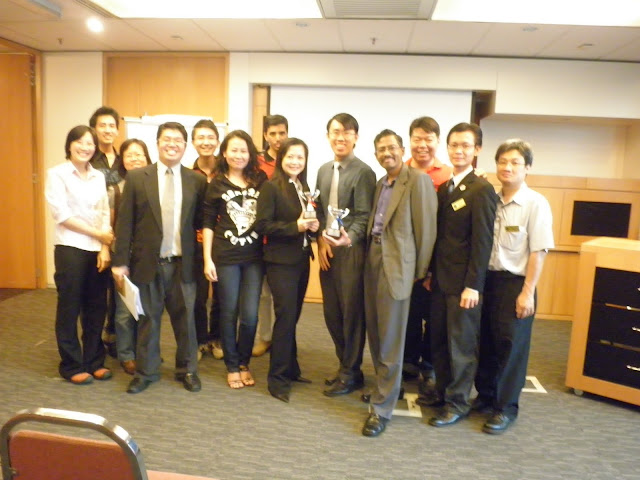 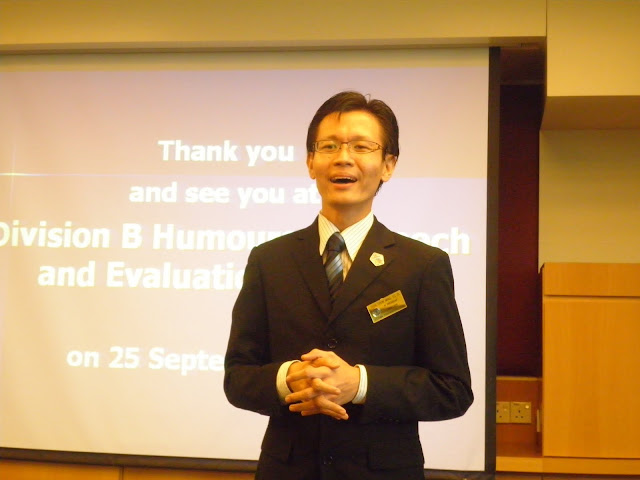 
Acknowledgments:
This contest could not have been possible without the kind assistance and generous sponsorship of the venue by Lafarge Malayan Cement.

The Area B4 Humourous Speech and Evaluation Contest will be held on next Saturday. Details of the contest is as follows:

In this contest, you will be able to witness the champions of five clubs to compete in two different contests, namely Humorous Speech Contest and Evaluation Contest. The clubs in the same area as our club are:
1) Kelab Pidato Kuala Lumpur
2) KNM Toastmasters Club
3) Lafarge Toastmasters Club
4) Shah Alam Toastmasters Club

Let's make a date at Lafarge Toastmasters next Saturday to support our club representatives, Sze Ling and Calvin. Sze Ling is representing our club in Humorous Speech Contest while Calvin is contesting in the Evaluation Contest.

Admission is FREE to all club members from Area B4. 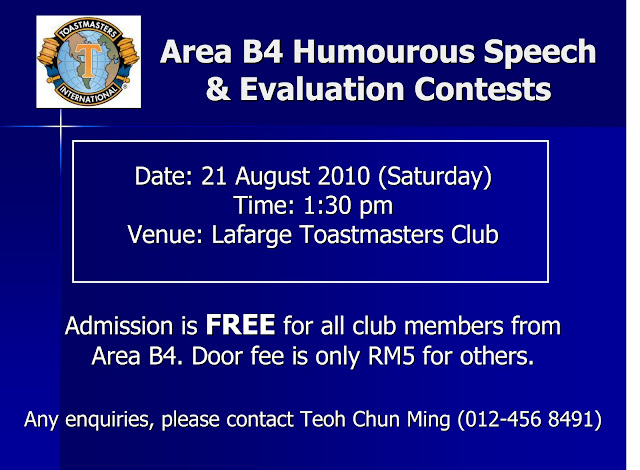 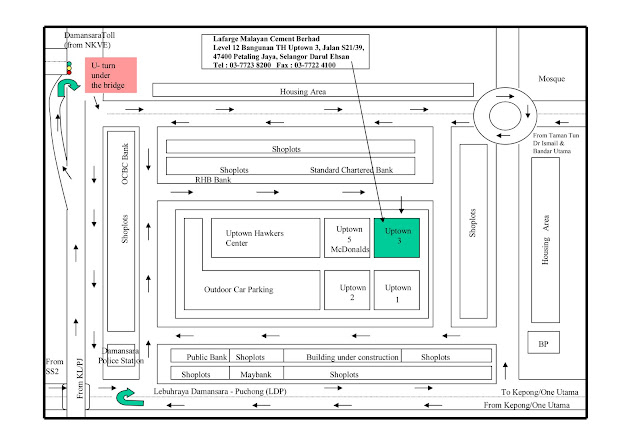