Missed the meeting on 7 October? Check out the pictures to know what you REALLY missed out on! 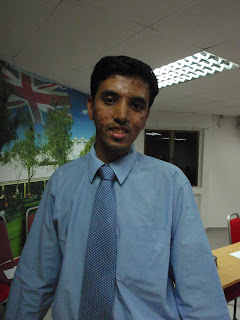 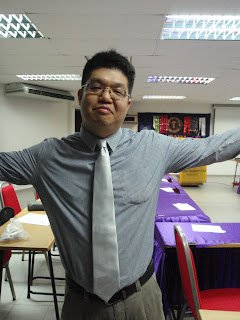 Jonathan ﻿Moh (L) was one of the speakers for the night to deliver Project #9 from the Competent Communication manual. Levin (R) as the Humor Master, gears up for his session. 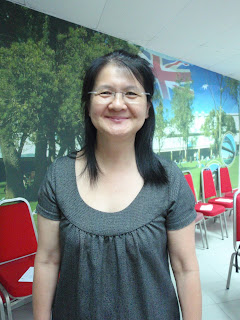 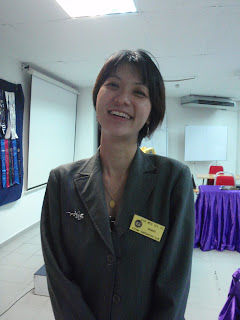 Chai Wen Lee, CC was The Toastmaster of The Evening and went on to do a splendid job! Bing Yee, ATMB was one of the Table Topics speaker at the meeting. 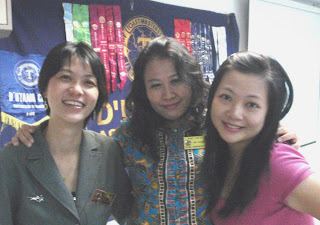 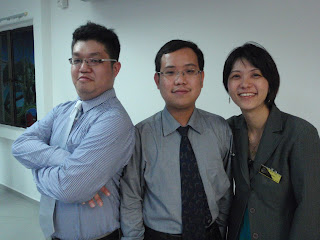 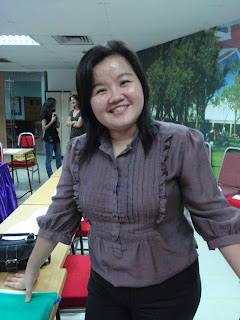 Area B5 Governor, Gan Poh Lin, ACB, ALB, is one of our very regular guests and was at the meeting! 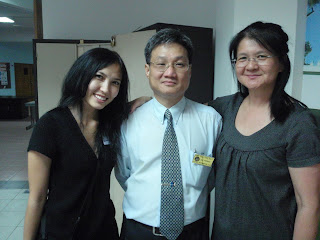 We had a guest from Kazakhstan, Gulmira (far left). In the middle is Gan Teong Hock, ACS, CL and Bing Yee, ATMB 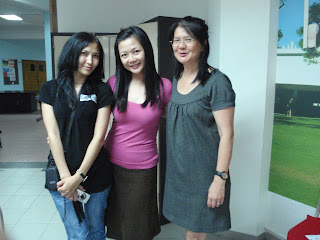 Getting ready for a fantastic meeting! 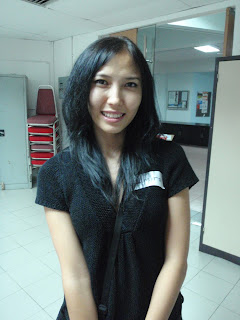 Our guest, Gulmira from Kazakhstan 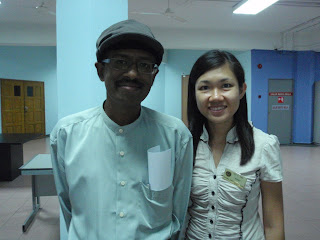 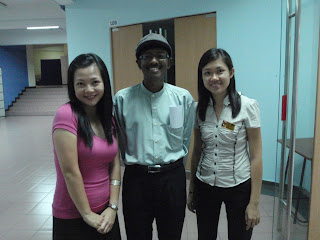 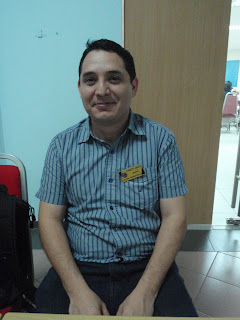 Ernesto Garcia was our ASA1 for the night! 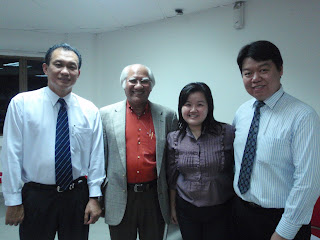 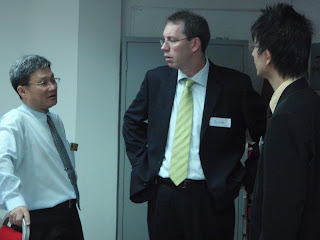 We also had a guest, Nick at the meeting. Seen here are Gan Teong Hock, ACS, CL and President Marcus Loi, CC, CL welcoming him to the club. 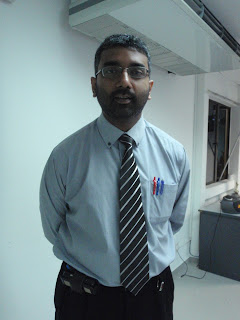 Viswam was the ASA2 for the night! 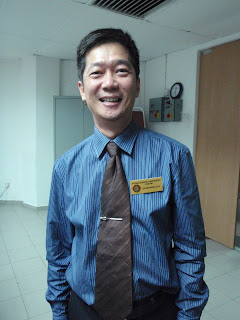 Lee Wei Seong, ACG dropped by to serve us a little "Teh Tarik For The Soul". 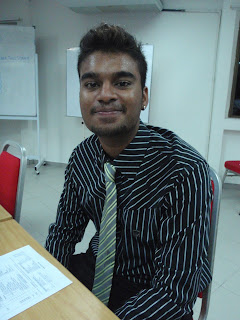 Guru is back! We hope you come back more often! 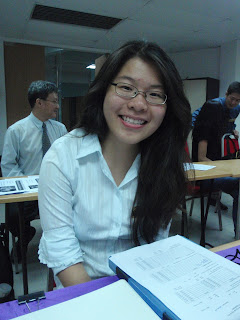 Our lovely Timekeeper is none other than Kristine How! 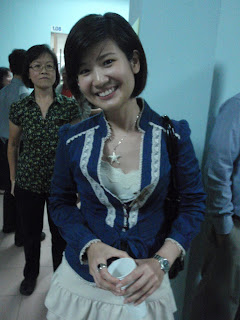 Vice-President Membership, Ginger Koh is seen here waiting to be served during the refreshment break. 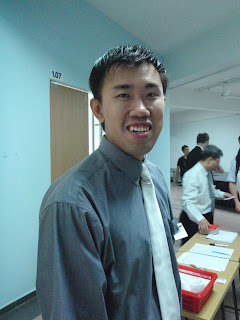 Past President, Calvin Lim, ACS gives us his mega-watt smile during the intermission. 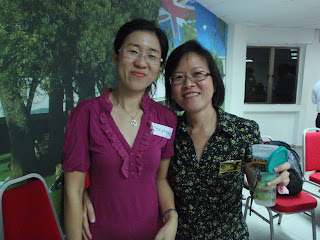 Christine Chee (R) was the Ah-Counter for the night, seen here with a guest, Stephanie (L). 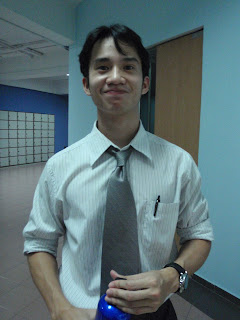 Our newest member, Nik was also there! 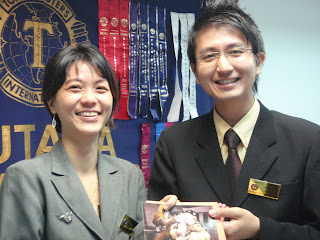 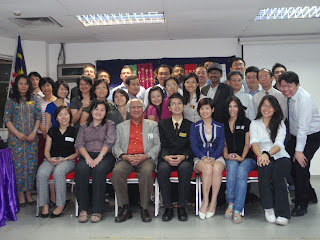 Group photo of everyone who attended the meeting! CHEESE! 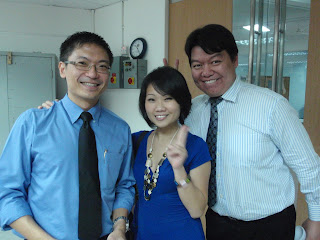 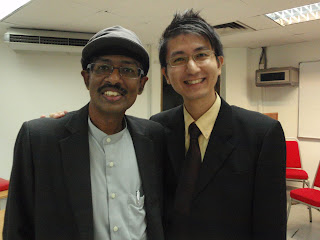 G.Sivalingam, DTM (L) and President Marcus Loi, CC, CL (R) after the meeting was over. 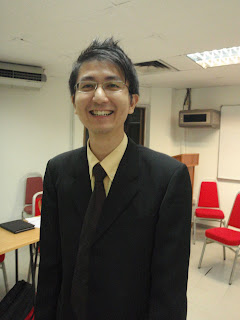 President Marcus Loi, CC, CL has every reason to smile --- D'Utama Toastmasters Club is one of the best clubs around town, according to reliable sources!
The meeting showcased Chai Wen Lee, CC as the maiden TME and this is what she had to say about the whole experience:
"During this process, I learnt how to become an effective coordinator to ensure ALL speakers and Role Players were  "ready" to make the meeting a successful one. I also learn how to handle little "crisises" that took place before the meeting.
For example, I needed to get replacement for speakers within a span of 2 days, when existing speakers could not make it due to work commitments. Another "crisis" was my computer suddenly breaking down just as I was finalising the Program sheet on on the day of the meeting itself; luckily I managed to locate a photocopy shop that could help me print from my pen drive and complete my task...! Ooh... it was a lucky thing that I didn't suffer a heart attack when faced with these "crisises".... Ha ha !
By the way, I would like to express my gratitude to the following senior members who have helped me to handle these crisises :
1) Teoh Chun Ming helped me to get last minute replacement speaker, Patrick Khoo
2) My mentor, Johnson Yike offered his help to be either the replaced speaker or evaluator
3) Gan Teong Hock helped me by taking on the role of the last minute replacement speaker
4) Belinda See, as "replaced" speaker, who decided to take the "challenge" to prepare her speech in 2 days
5) Nancy Liew helped me to replaced the assigned Language Evaluator who pulled out at the last minute
6) Lee Wei Seong, in spite of his busy schedule, replace Gan Teong Hock as the Invocation speaker
7) David Chuah, who has previous experienced as TME, sent the detailed script to me which I used as a guideline for my role
There are many people I would like to express my gratitude to; ALL my role players & speakers who helped to make the meeting a successful one...Also not forgetting our President Marcus who has provided me D'utama information to share with the audience...
I learned a lot from this process and enjoyed myself at the same time. I like our club's culture, which can be described as HELPFUL and CARING; thus is why I had chosen the theme for that nite as : T.E.A.M -Together Effort Achieve More!"
Posted by D'Utama Toastmasters Club at 7:51 PM
Email ThisBlogThis!Share to TwitterShare to FacebookShare to Pinterest
Labels: Regular Meeting
Newer Post Older Post Home