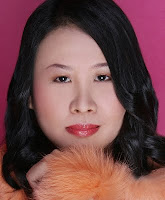 Nancy Liew, ACS, ALB was at the Toastmasters District 51 18th annual convention in Penang! She reports on what took place:

"The 4-hour land-travel from Petaling Jaya to District 51 18th Annual Convention Penang (ACP) 2011 was undoubtedly worthy of visit!
I breathed a sigh of relief as I stepped into the lobby of Bayview Beach Resort, ; it was 5 minutes to 9 in the morning.  Outside the ballroom, there was a long queue of VIPs ready to be ushered into the ballroom.  I quickly greeted one of our Past District 51 governors, DTM Joseph Gomez who was in the queue, my high heel shoes did not deter me from rushing into the ball room. This round, District 51 had the honour of our 1st Toastmaster International Vice President, Dr John Lau, DTM launching the opening ceremony in the morning of 30th April 2011, Friday. For the uninformed, Dr John Lau is the first Malaysian soon to be Toastmasters International President for 2011/2012! The ACP Oganizing Chairman Ng SK made the day for all to meet Dr Lau in person!
Dr John Lau, DTM, is a distinguished world leader who has earned 20 rounds of DTM award and spoke with deep-seated manifestation of Toastmasters.  He shared with us his family and friends' stories, deciphered the beauty of "Inclusion"; the core of his keynote address inspired leaders who vowed to keep his words!
Our Past Toastmaster International President 2003/2004, Ted Corcoran, DTM who hails from , is also the author of "The Leadership Bus" and enriched leaders with the 10 things on "I Wish My Boss Would Do..".   Those things include the 'big picture', 'support', 'my work', 'direction', 'team leader', 'opinion', 'show me', 'walk the talk', feedback' and 'appreciate effort'.   All of us had a wonderful reciprocity during the session. 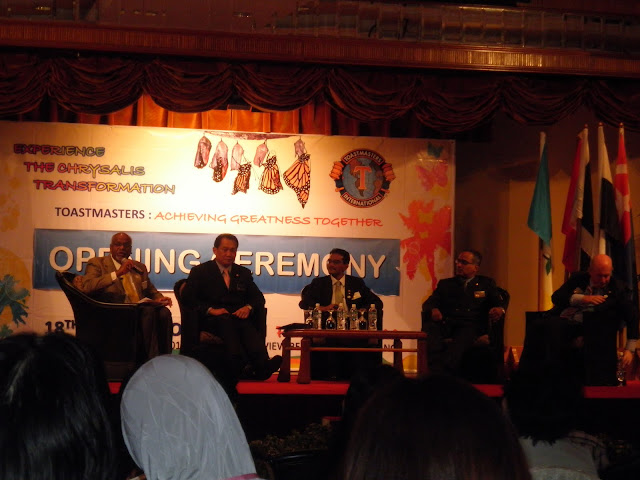 There were a few topics which had been brought up, such as 'New launch of policy',  'Re-branding of Toastmasters', 'Regional Advisor's role', 'Current Toastmasters' progress from the DG's perspective', 'International Convention to be conducted outside US' and 'Quantity vs Quality'. Other questions had also posted from the floor. The session went exceedingly well. It certainly provided great insight into the future of Toastmasters.
Last but not least, the most important thing I must say is a million thanks to the organizing team for having executed the vigorous event! I discovered, I gained and I learned more than before from each segment of the session!  I would like to urge Toastmasters who have not attended convention, go for it!!!"
Posted by D'Utama Toastmasters Club at 1:41 PM
Email ThisBlogThis!Share to TwitterShare to FacebookShare to Pinterest
Newer Post Older Post Home