A Weekend in Saujana Janda Baik

A Weekend in Saujana Janda Baik

On 3rd - 4th November, nine of us decided to spend a weekend away in Janda Baik which was only an hour’s drive from Kuala Lumpur.

We had lunch at Restoran Chee Hong in Bukit Tinggi where we ordered the dishes recommended by the waitress. It was both Jamaine’s and Andrew’s first time trying the fried bacon in black sauce and it was apparently the restaurant’s signature dish! It was, in Jamaine’s own words “sumptuous”! It was one of the many delicious dishes Jack had ordered for everyone! When Andrew later found the sour soup being sold at the nearby stalls, he was beside himself with excitement. Some of us even bought the Bentong ginger which is known to be less fibrous than its regular ginger cousin.

We made our way up to Saujana Janda Baik after our hearty lunch. This trip was different from our regular trips --- the itinerary was completely open-ended! So we ended up playing games throughout the afternoon and any intention with regards to outdoor activities had to be quickly cancelled when torrential rains began pouring down. Even the thought of driving up to Genting had to be abandoned as by the time dusk fell, the roads were in pitch blackness. It would have been dangerous to drive to and fro in dark, slippery conditions. 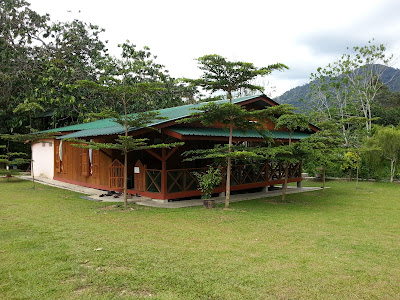 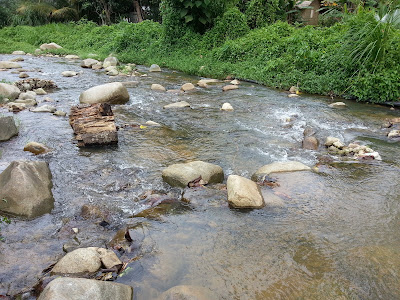 So throughout the night (and this was Saturday night!), we played card games using variations of animal noises, names of capital cities, and names of cartoon characters. And we played relentlessly! It was a good thing that our accommodation was located in an isolated area as passers-by would have heard people shouting out strange names belonging to people and places that bore no relevance to the environment and bellowing out animal sounds ranging from horses neighing to pigs snorting to even wolves howling! The games truly tested our short-term memory skills and our ability to articulate non-human noises! Both Jack and Chee thought the silly card games were great fun, with Chee laughing like he hadn’t laughed in a long time and Wen Lee laughing till tears came to her eyes! Jack however thought it would have been better if we had imposed strict penalties for defaulters! A lot of us thought this was the best part of the trip. 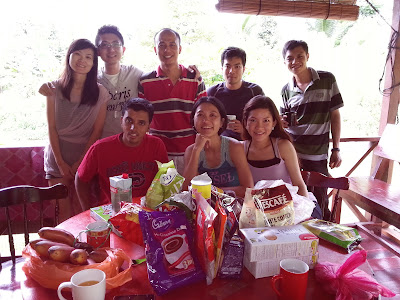 The next morning was a leisurely one where we took a walk up the hill behind our house. Halfway through, Andrew and Wen Lee disappeared and the rest of us wondered what happened to the both of them! it was a good thing Wen Lee had her phone on her so we called her and the mystery of their short disappearance was quickly solved. They somehow found their way over to the other side of the hill! When they rejoined us, we spent some time by the river.

For Wen Lee, it was a retreat away from the hectic city life. The place we stayed in was isolated to the extent that we could not get much phone reception so there were hardly any incoming phone calls! At night, she found herself falling asleep to the soothing concert sounds of an insect orchestra

The trip was summed up by Marcus as “fun and relaxing. I had a good escape from the hectic life in town with inaccessible phone lines...kudos to Jack and Chee who drove us to this wonderful place.” Jamaine also thought it was a relaxing trip away from the hustle and bustle of city life. Levin definitely thought it was a truly enjoyable trip and hopes the club continues to organize such trips in the future! 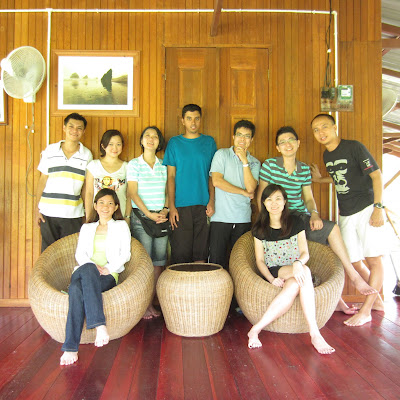