We are pleased to report that D’Utama Toastmasters Club held its 29th Annual General Meeting on 18th May 2013 at the Club, Bukit Utama. In line with tradition, members were first treated to dinner at Super Tanker.

The AGM took place at The Augusta Room. There was already much buzz amongst the members before the start of the AGM; it was a time for members to catch up with one another in anticipation of what was to be tabled.

The Club President, Johnson Yike took the lead by presenting a short summary of the term that he has led.

Vice-President Education Hoo Sze Ling delivered her report on the organization of meetings, contests, and workshops during the term. She highlighted the achievements of members such as Johnson Yike and Alex Tan who have consistently represented the club at area and division contests and making the club proud in the process. The club is will on its way to achieving President’s Distinguished Club Status.

Vice-President Membership Chu Shi Wei reported on the membership strength of the club with some notable reinstatement of members and ensuring that fellowship outings are organized to strengthen bonds among members.

Vice-President Public Relations Choong Voon Kwong reported on the successful management of the website and Facebook group for the club. These proved to be effective in drawing attracting interest to the club events and activities.

Treasurer Jack Ng reported on the club accounts and fielded questions regarding the income and expenditure.

After the presentation of the reports by the respective Exco members, the much-awaited elections took place. Immediate Past President Steven Lai mediated the entire process.

We are pleased to present the Executive Committee 2013/2014 as follows:

Other matters were discussed, especially pertaining to fund-raising for the club and maintenance of club membership fees.

President-Elect Hoo Sze Ling delivered a brief acceptance speech as the incoming President for the term 2013/2014, pledging to lead and support the Exco members to execute their duties to the best of their abilities and urged the members to continue supporting the club. 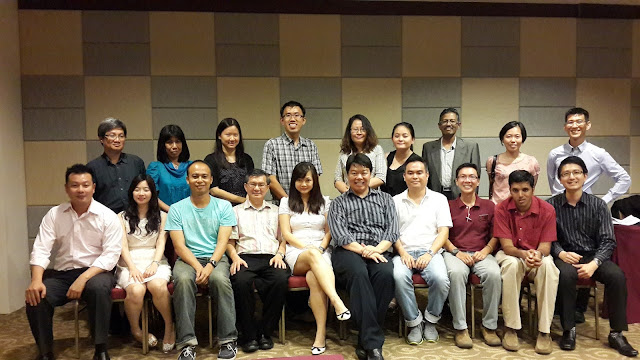