There is no meeting next Thu due to it is a Labor Day public holiday. The next meeting will be on 15th May 2014 which is a workshop by K. Loghandran, DTM.

See you at the workshop!

D'Utama Toastmasters Club
Posted by jackng at 2:48 PM
Email ThisBlogThis!Share to TwitterShare to FacebookShare to Pinterest
Labels: About the Club

We bid farewell to Sam Lee

Sam joined our club in 2013 and in the short time he spent with us, he had delivered two speeches as well as took on the role of mentor in the Youth Leadership Programme held in March 2014. He is an adventurous soul who didn't hesitate when asked to join a few fellow members on a jungle trek to the Sg Lepoh waterfall. He walked with ease and enthusiasm while a few or was that one (namely a Kiwi) huffed and puffed up the steep slope.

Alas, Sam is now returning to Korea after completing his work stint in Malaysia. So we decided to throw him a farewell dinner at Gem Restaurant along Jalan Gasing.

Sam is ever affable and always shows up with a smile on his face. He will be missed by the club. On the bright side, however, if any of us were to go to Korea, we have a willing host! We wish him our very best!

Posted by jackng at 12:04 AM
Email ThisBlogThis!Share to TwitterShare to FacebookShare to Pinterest
Labels: Exciting Stuff, News

For the benefit of Club members who are not aware of the results of the above Speech Contests which were held earlier this afternoon at Taylor's University Lakeside Campus, Sunway, PJ, appended below are the results and other pertinent details :-

Table Topics Title : "Should We Live Life to the Fullest?"

Although Alex was not placed, he put up a gallant and commendable fight in the International Speech Contest.   Siva was successful in obtaining a 2nd placing in the Table Topics Contest.  Both contests were fiercely fought - tooth and nail!  I believe the judges were having a hard time in deciding the winners and champions because the contests were of a very high standard! All the contestants spoke with eloquence, confidence and poise.  Rules of grammar were closely followed - in fact the contestants spoke almost flawless English!  Enunciation of words were crystal clear.  Vocal variety, facial expressions and body language were demonstrated to the hilt!  If there was a role for the Ah-Counter, he/she would have a very relaxing and boring role as I could hardly detect any speech crutches!

Well-done Alex and Siva - both of you have shown that you were true and courageous gladiators in the arena!

The Champions of the International Speech and the Table Topics Contests were rewarded with a Challenge Trophy each and sponsorship of the Annual Convention fees worth RM 480.00 each this year, to compete and represent Div B at the District 51 Speech Contests.  This has been the traditional practice of Division B for many years for the Champions of the two speeches.  I understand that other Divisions do not have such sponsorship incentives!  Way to go, Div B!

Appended below are 2 photos taken at the event and which are self-explanatory.  Enjoy the viewing!

It was an ANOMALOUS meeting last night. We haven't had that many of Past Presidents attended the same meeting in the past. Toastmasters of the Evening, G. Siva, took his effort to invite the Past Presidents to play roles and speak in the meeting. We had 3 Ice Breaker speeches delivered by Ajesh, Raj and Lee Boon Wei. Jo Chung earned herself Competent Communication (CC) title by delivering her 10th speech in the CC manual.

The Past Presidents who turned up were:


Posted by jackng at 4:36 PM
Email ThisBlogThis!Share to TwitterShare to FacebookShare to Pinterest

Our next meeting is 17th Apr (Thursday). Toastmaster of the Evening (TME) is G. Sivalingam, DTM.  We will have speeches from our newest members and member who is doing final speech for his/her final Competent Communication (CC) speech. Please come and join us. See you there! 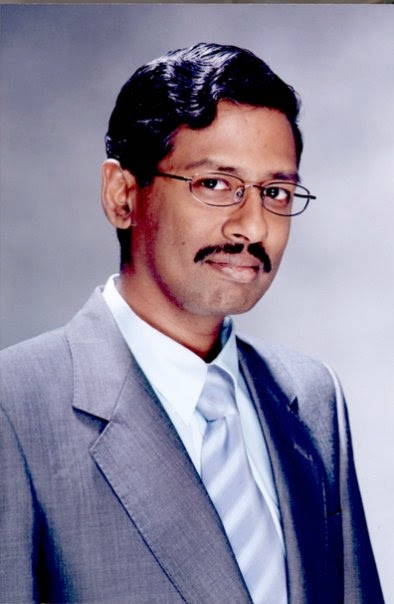 Posted by jackng at 2:58 PM
Email ThisBlogThis!Share to TwitterShare to FacebookShare to Pinterest
Labels: Regular Meeting

For the benefit of Club members who are still not aware of the results of the Joint Area B4 & B5 International Speech and Table Topics Contests which were held last Saturday 5 April at Tropicana Golf & Country Resort, PJ, appended below are the results and other pertinent details :-

There was one time disqualification.

DUTC Supporters i,e, members who turned up to give moral support to Alex and Siva were VK Choong, Chan Yew Choong, Ruth Ting, Amonre Chew, Calvin Lim,  Dr Goh Sheen Yee and yours truly who also undertook the role of SAA, photographer and videographer for the event.

Congratulations to Alex and Siva for emerging as Champions for the IS and TT Contests respectively at Area B4 level.  They are now qualified and eligible to represent Area B4 at the Division B level Contests scheduled for Sat 19 April 2014 at 1.00 p.m. at Taylor's University Lakeside Campus. Door Fee is RM 10.00 per pax. Tickets are available from any of the 6 Area Governors in Division B or contact me if you prefer.

Appended below are photos taken at the event and which are self-explanatory.

Posted by jackng at 10:02 AM
Email ThisBlogThis!Share to TwitterShare to FacebookShare to Pinterest

The theme of the meeting was set as “When the going gets tough, the tough get going”.

Henry Fu, ACB, ALB was the Toastmaster of the Evening and performed his job brilliantly, injecting enthusiasm and positivity into the meeting from the moment he took the lectern.

As the Language Evaluator, Masoomi introduced “Valour” as the Word of the Day and there was no doubt that she had been diligently monitoring the proper usage of the English language throughout the meeting. Indeed we witnessed valour amongst the speakers and guests alike when taking to the stage during the meeting.

During the Teh Tarik for the Soul session, Tan Kooi Ching, ACB, CL narrated to us a story about the relationship between a king and his Prime Minister. The take-home message for us is to be grateful even when things do not go our way, as everything happens for a reason.

Daryl Chong was the Table Topics Master and certainly lined up questions which set our minds thinking. All the speakers who took to the floor to attempt answering the questions certainly demonstrated valour and not a trace of hesitation in doing so. We had both guests and Toastmasters participating in this session. Shawn Chen as the Table Topics Evaluator, delivered an incisive evaluation of all the Table Topics speakers and pointed out areas of commendation as well as improvement.

During this meeting, the Vice-President for Membership, VK Choong, conducted a Member Acceptance Ceremony to welcome the newest members into the D’Utama fold. They were :

During the prepared speech assignment session, we heard from the following speakers:
Tan Wee Li who delivered his very first speech in the club entitled “Foodie”, weaving his relationship with food and his biography into an entertaining speech.
With his speech entitled “Expectations” in fulfillment of Project #3: Get to the Point, Daryl Chong spoke about dealing and managing expectations of others. However the most important message he delivered was to manage our own expectations of ourselves.
Ivanna Sim and Thiiban Paskaran both delivered speeches from Project #8: Get comfortable with visual aids. Ivanna expounded on the topic of depression, giving the audience an insight into this relatively little known topic. She likened depression to a black dog that accompanies the person afflicted with this condition everywhere and at all times, and this facilitated the audience to understand this mental condition. Thiiban likened living life to that of running a race and inspired us to run it as best as we can.

For the evaluation session, we had Darshini, Calvin Lim, ACS, Gan Teong Hock, DTM and Marcus Loi, CC, CL. True to the spirit of Toastmasters, all evaluators endeavoured to provide valuable and meaningful feedback to the speakers, pointing out areas where they excelled and where they could have enhanced their speeches. The General Evaluator, G.Sivalingam, DTM also gave constructive feedback to the speakers and a thorough evaluation of how the meeting had transpired.

Yvonne Yon, as the Ah Counter, gave a detailed report of all pause fillers and speech crutches used throughout the meeting while first-time timekeeper Fong Lian Lim performed his given task meticulously, having recorded everyone’s timing to a T, including his own.

We also saw a record 23 guests at the meeting! Quite a feat, even for an established club as ours!

“A brilliant meeting with such energy and positive vibes from our young guests from Taylors.” - Lim Bing Yee, ATMB

N.B. The next club meeting will be held on 17th April 2014 and the Toastmasters of the Evening will be G.Sivalingam, DTM.

Tomorrow Sat 5 April afternoon, the Champions in our Club International Speech Contest and Table Topics Contest i,e. Alex Tan and G. Sivalingam respectively will once again march into the arena and slug it out with our worthy but not undefeatable opponents i.e. the Champions from the other Clubs in Area B4.

This will be a gruelling, nail-biting and heart-palpitating competition because the opponents are ferocious, show no quarter and utterly ruthless!

As many of you as possible must come and give moral support to our gallant fighters and cheer them on so that they will outshine their adversaries, emerge victorious and continue to carry our club's flag high!

As an incentive to encourage members to attend, the Exco has decided to sponsor 10 tickets to enable club members in good standing to witness this contest on a complimentary basis i.e. on the house aka FOC!

This piece of good news was announced during the business session at our joint club meeting last night at KDU and 4 members have already booked their free tickets (each ticket is worth RM 10.00 per pax).  They are :-

6 more free tickets are up for grabs on a first-come-first-served basis.  Once you miss the boat, it's okay because you can still walk in at the contest venue tomorrow afternoon but pay 50% more for the ticket to the organisers i.e. RM 15.00 per pax!

Save 50% (provided you are one of the next 6 to book) and get in touch with me today via SMS, whatsapp, email or simply call me to confirm your reservation.  I will compile the list at the end of the day and forward it our our Area B4 Governor so that she will know who amongst our club members are eligible for the free entry when they troop in tomorrow.

Please note that the contest is organised jointly with Area B5.  So you are getting a bonus - witness 2 contests for the price of one ticket! On top of that, you will also enjoy light refreshments at no extra charge and the opportunity to interact and make new friends with Toastmasters from many other clubs or renew acquaintances!

The address of the venue and the contest timings are shown in the agenda attached.

Be there and to those who can make it, let's give a rousing and unwavering support to Alex and Siva!