The result for the 2014 D'Utama Toastmasters Club's Humorous Speech and Evaluation Contest is out! Congratulations to all the contestants and the WINNERS. Thank you to the Organising Chair, Teoh Chun Ming and the role players for a job well done and ensuring that the contests proceeded smoothly.

Four (4) contestants took part in the Humorous Speech Contest and the winners are:

Champion : Hoo Sze Ling
1st runner up : Amonre Chew
(As there were only 4 contestants, results were announced only for the Winner and 1st runner-up) 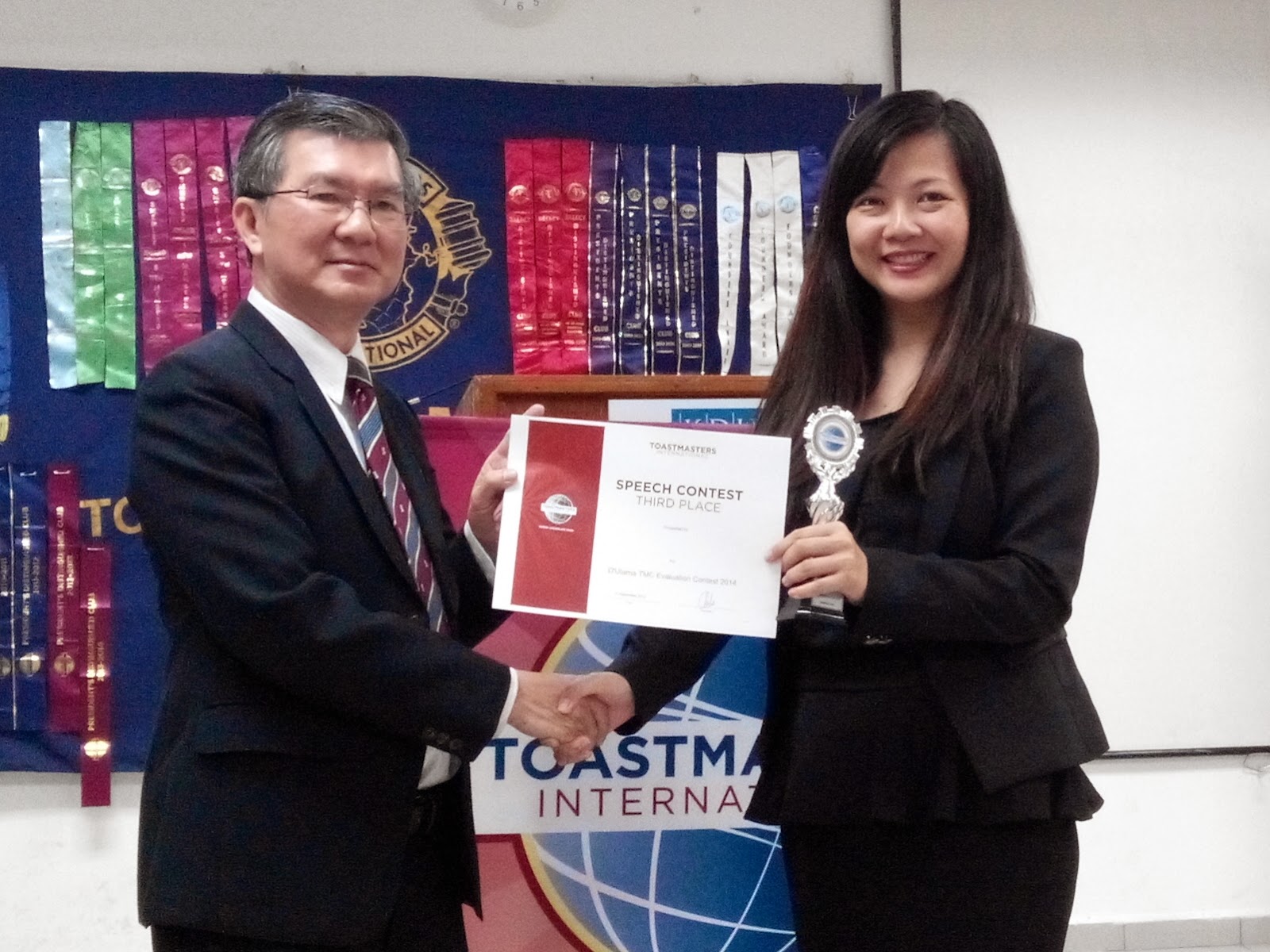 Club President Henry Fu presenting the Winner's Trophy and certificate to the Champion, Hoo Sze Ling who had impressed the judges with her speech "But first, let me take a ....." 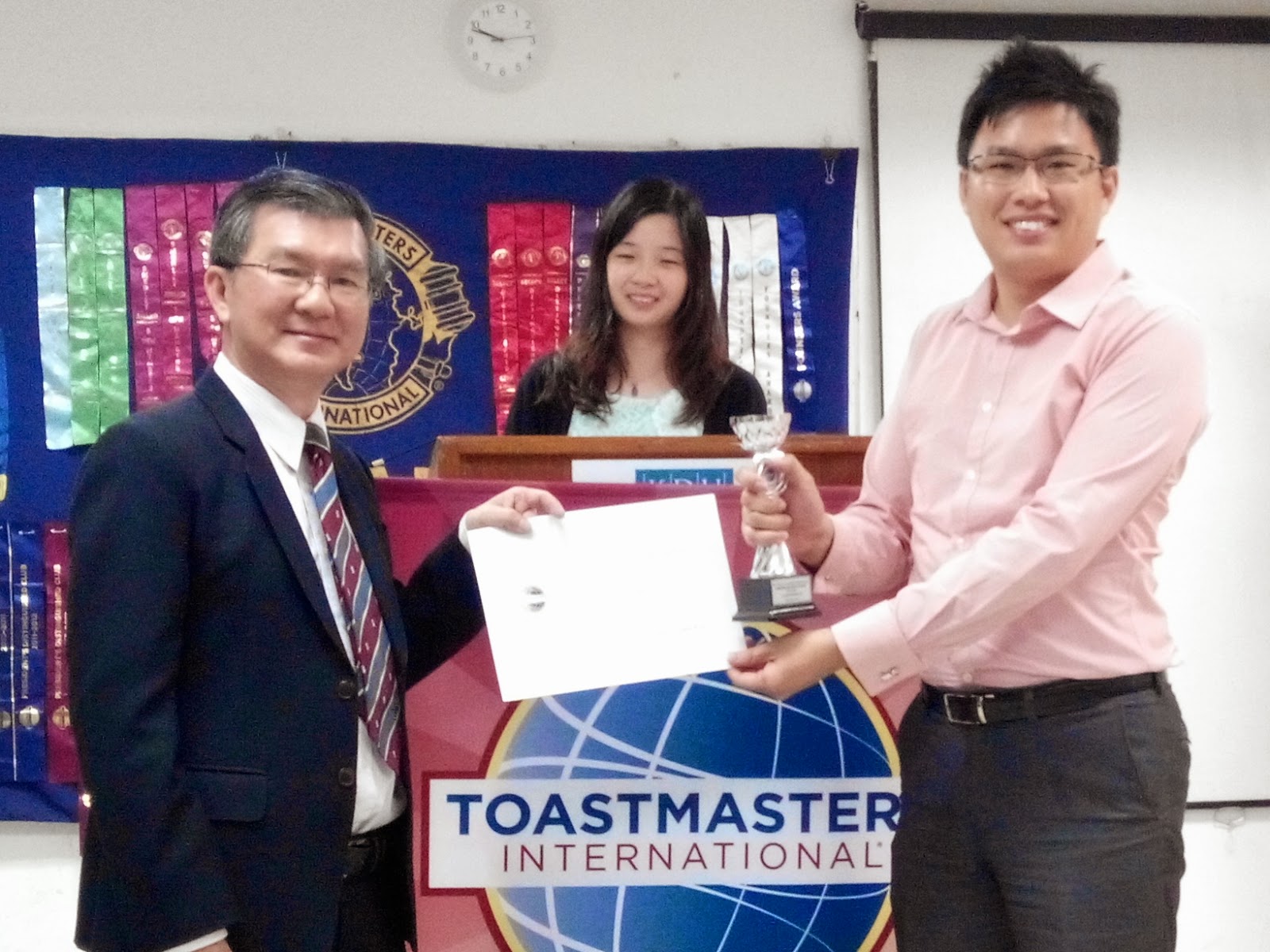 Amonre Chew (1st runner-up) receiving his trophy and certificate from Club President. This was his first time  taking part in Speech Contest and he won the 2nd place. Congratulations Amonre! 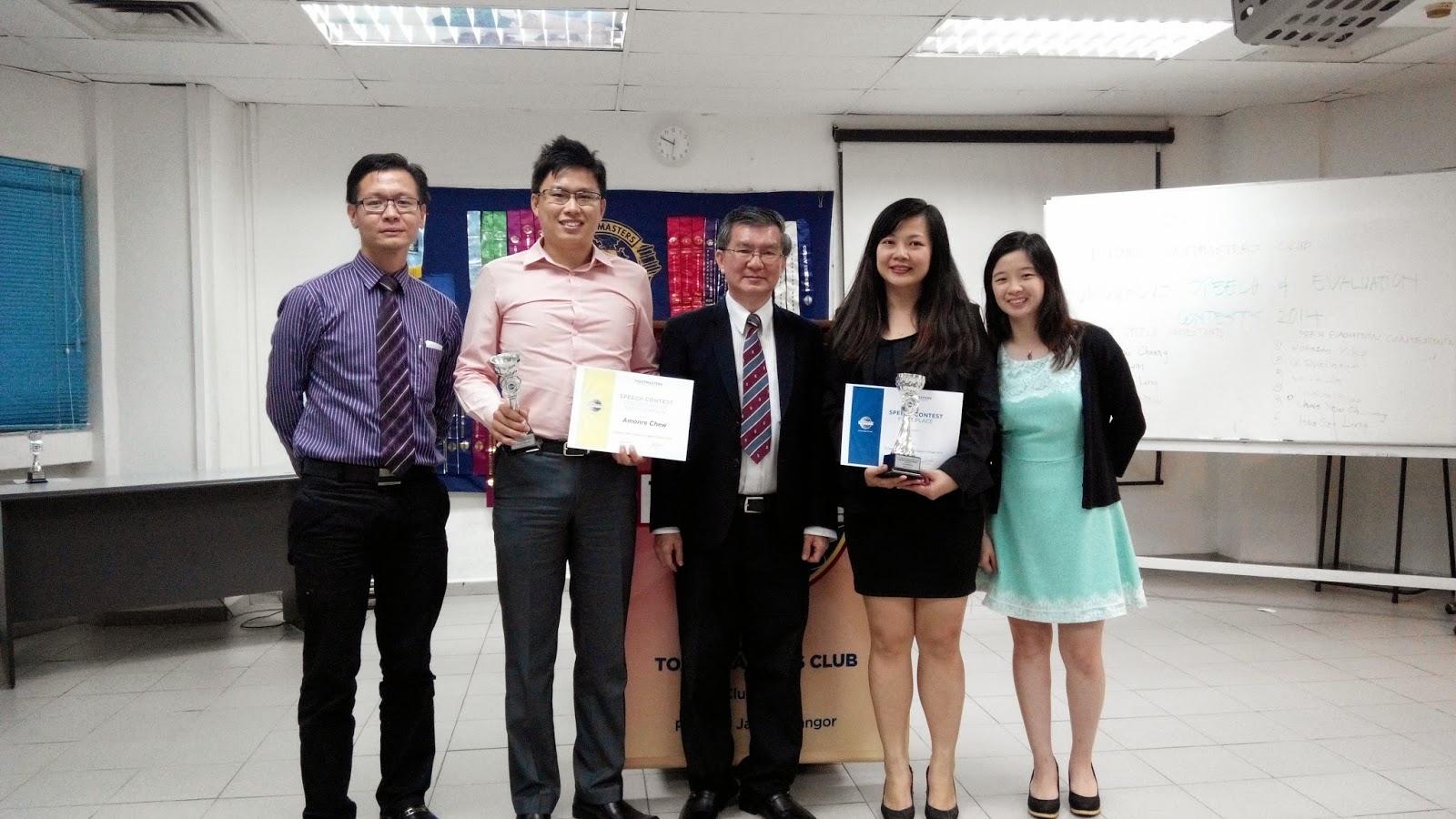 Our test speaker for the night was Juliana Heng with her speech title "Melt... Melt... Melt". Six (6) contestants battled to earn their spots to contest in the Area Contest. The winners for this contest are : 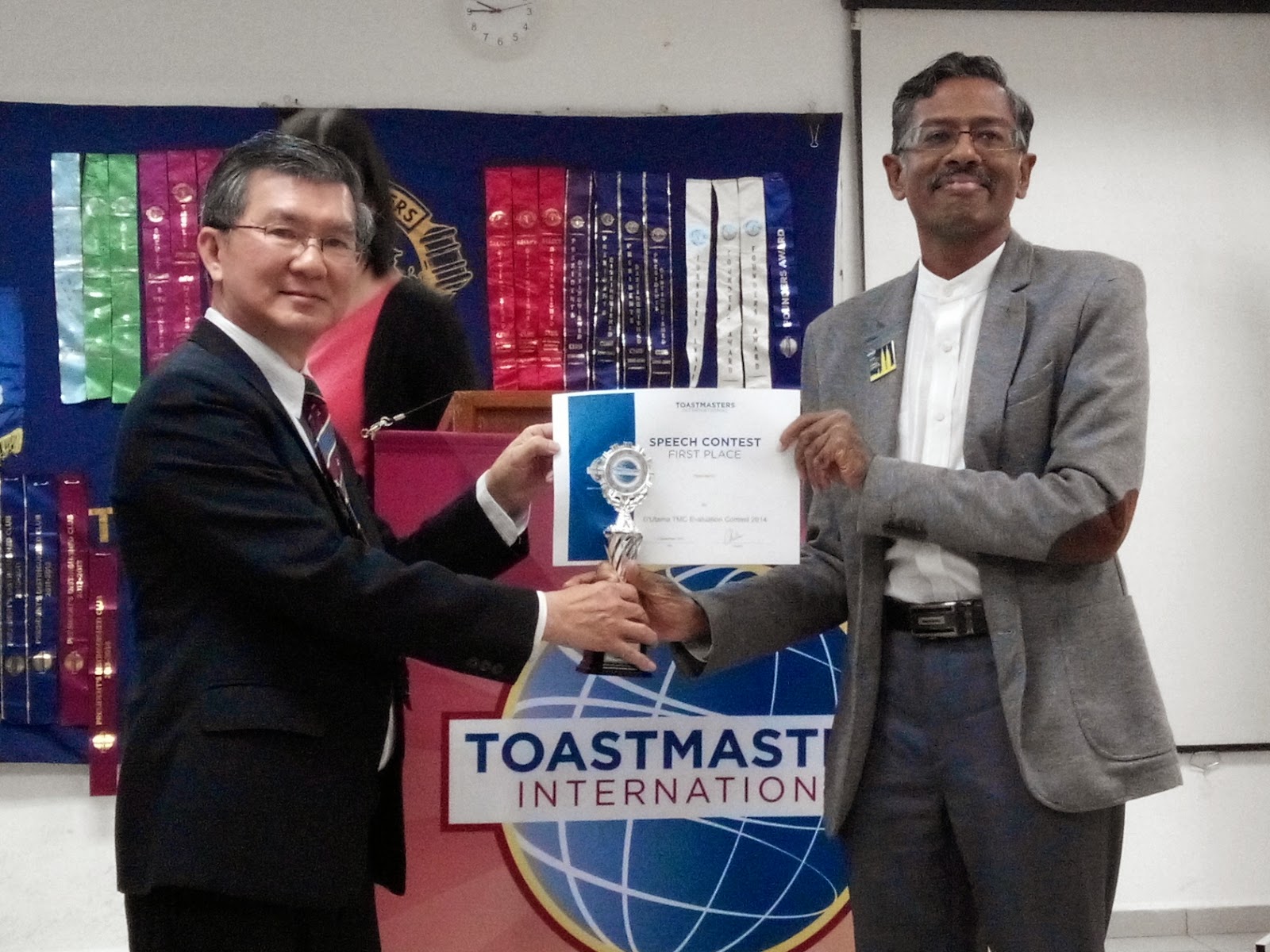 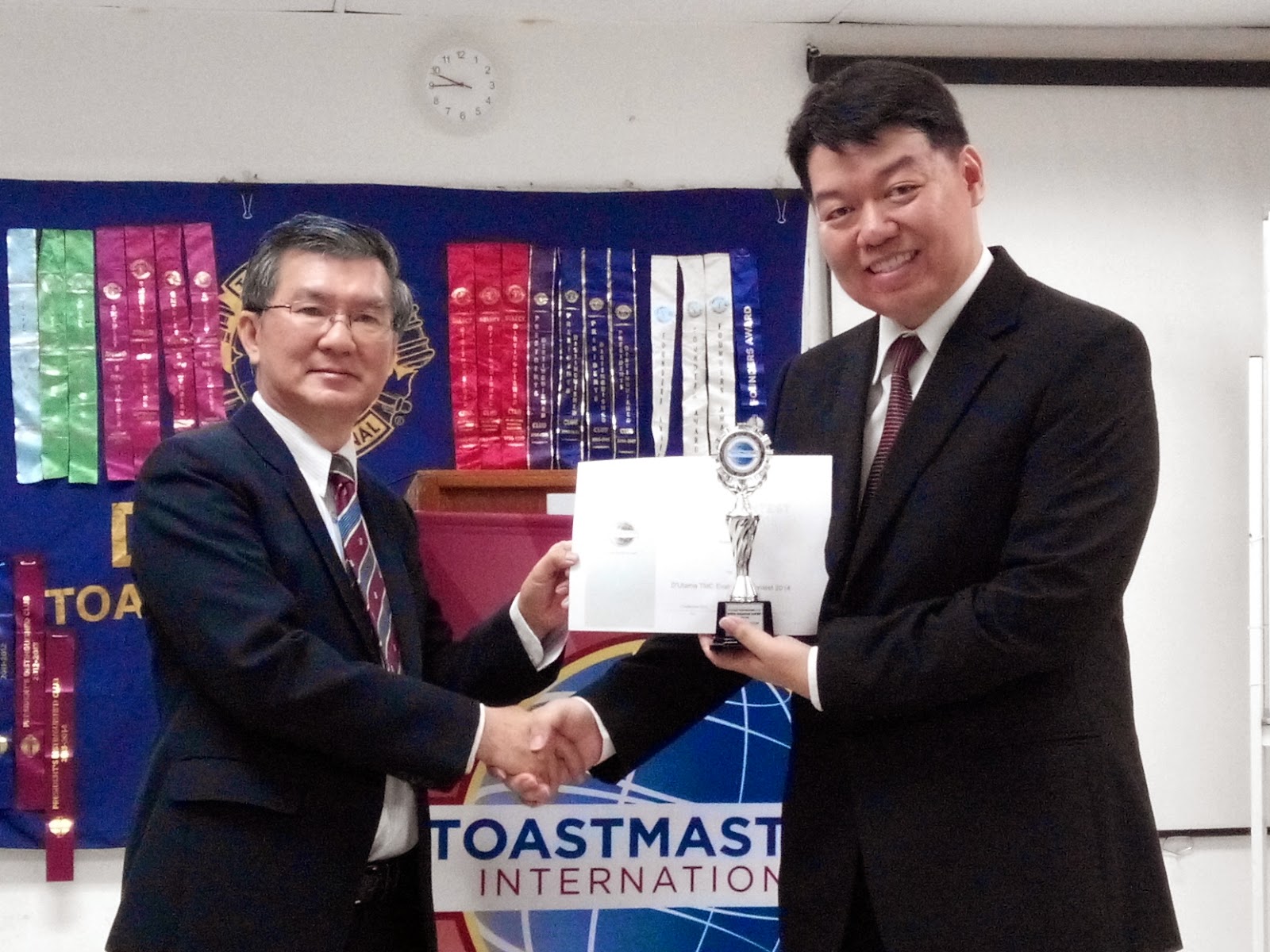 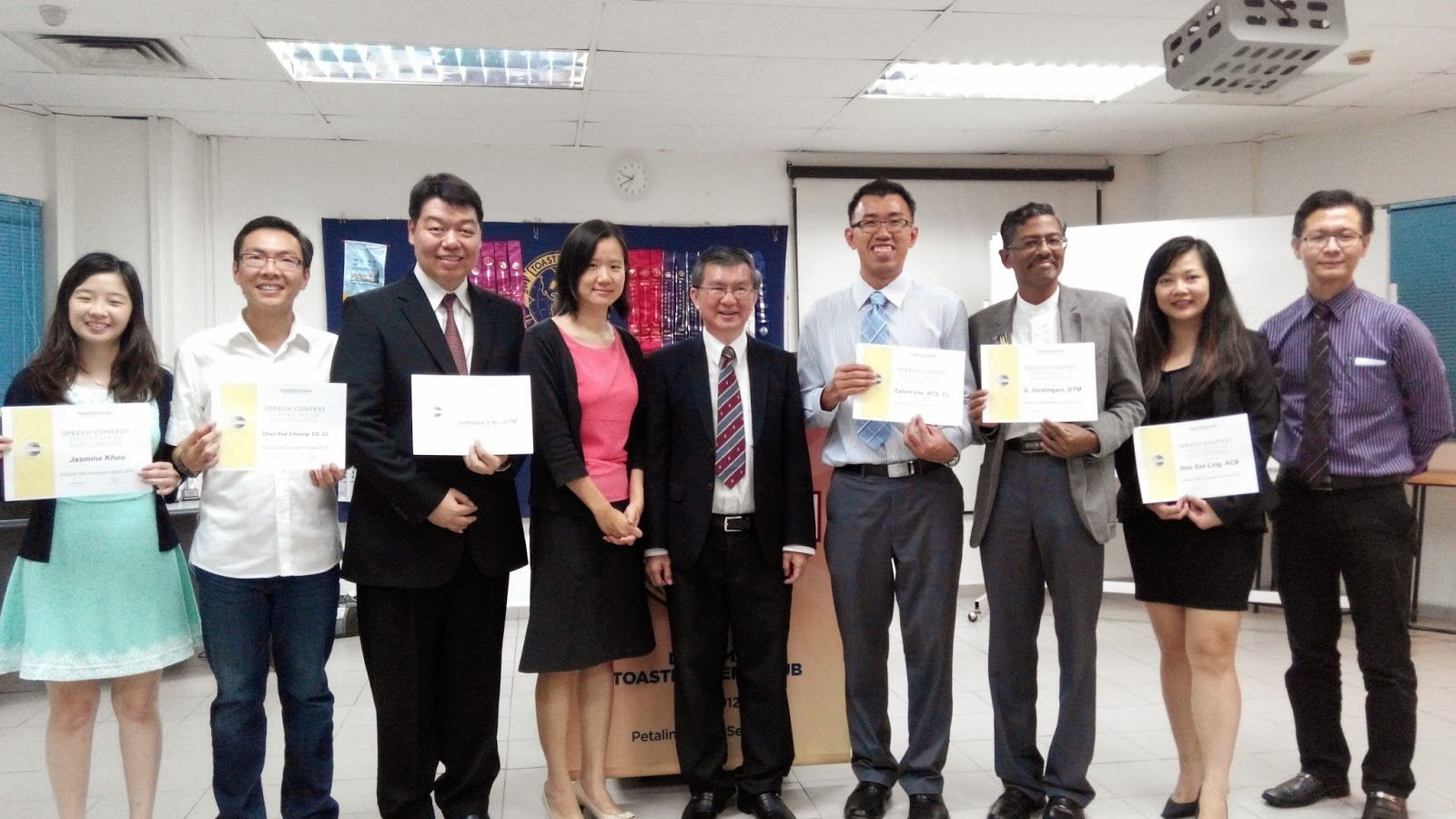 The Champions for 1st runner-ups for both Contests (G. Sivalingam, Johnson Yike, Hoo Sze Ling and Amonre Chew) will represent D'Utama Toastmasters Club for the Area D4 contest to be held on 27 September 2014 (Saturday) at Gamuda Toastmasters Club. th

Members are welcomed to attend the Area Contest to support our club members.