The meeting was very successful and we look forward to have a larger number of visiting Toastmasters to our club meetings.

Below are some photos taken during the meeting for your pleasure viewing: 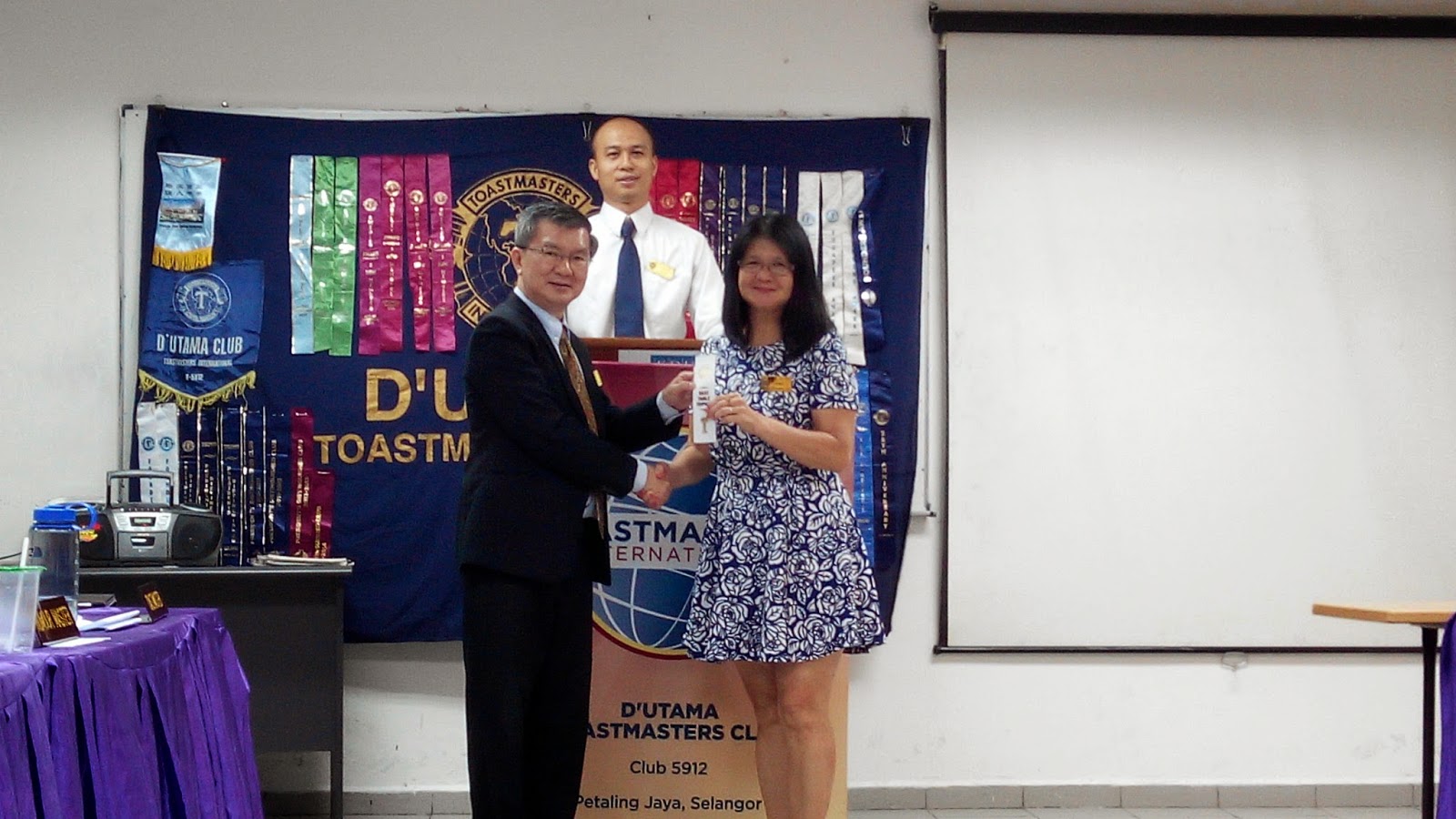 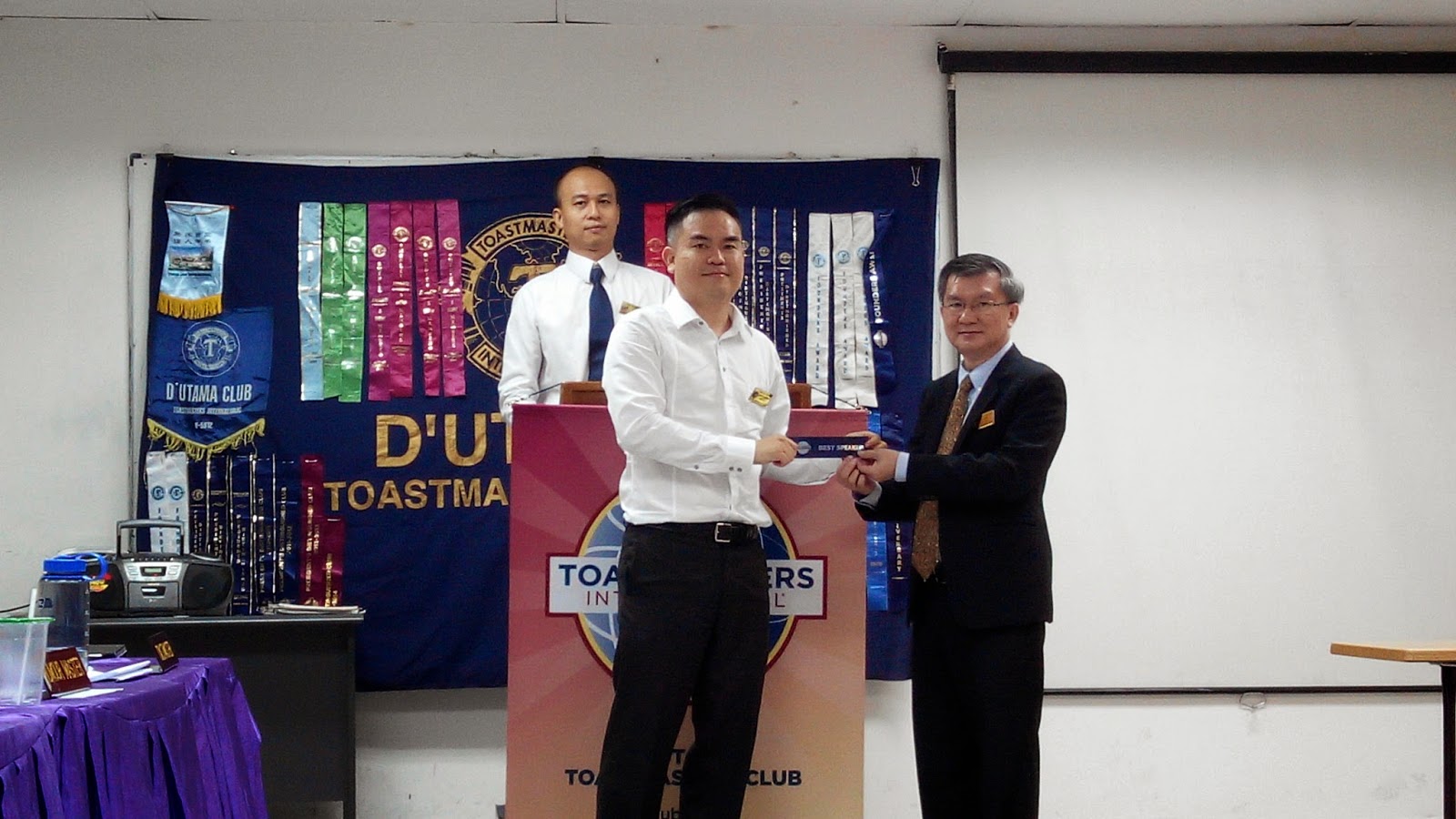 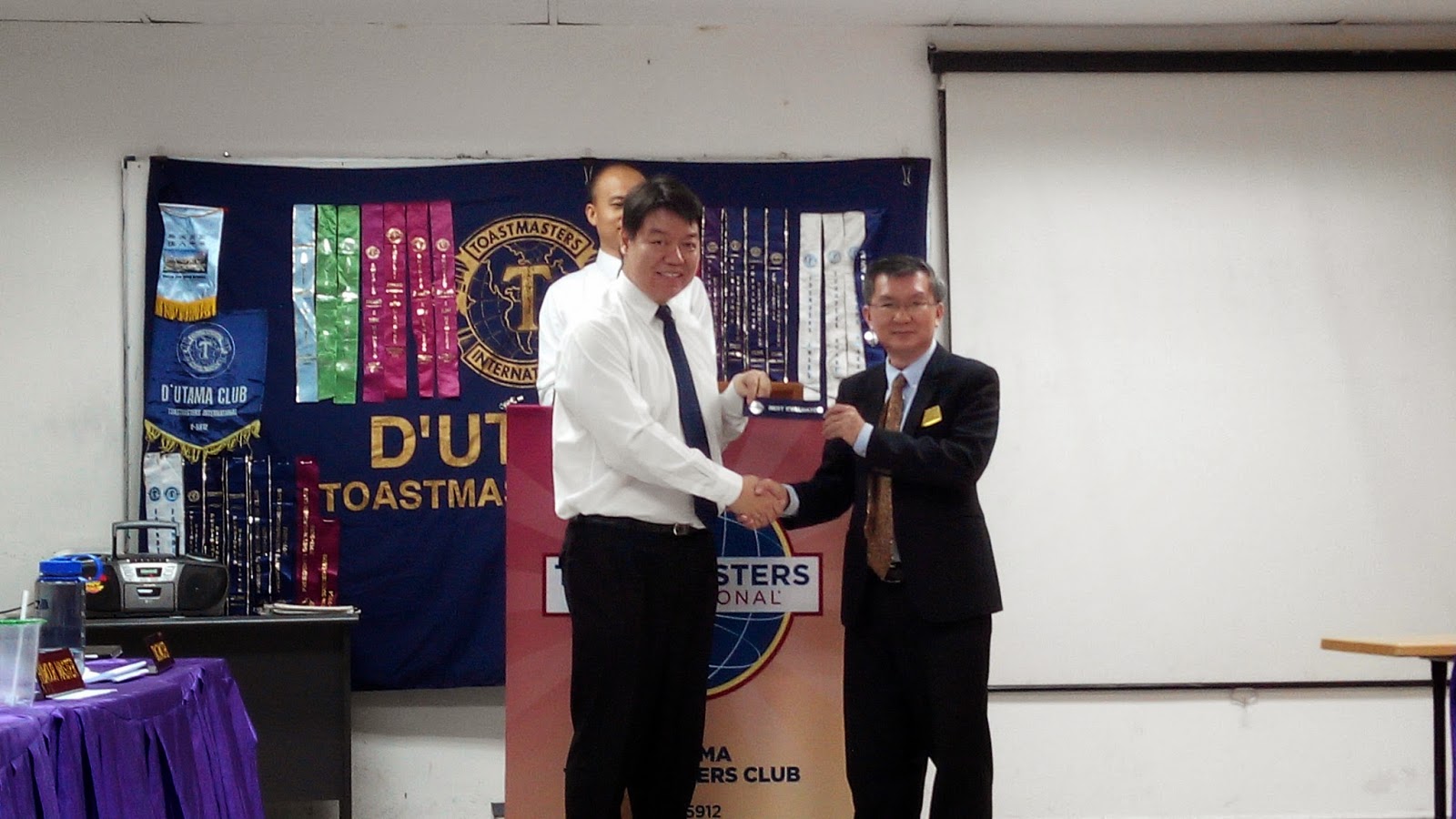 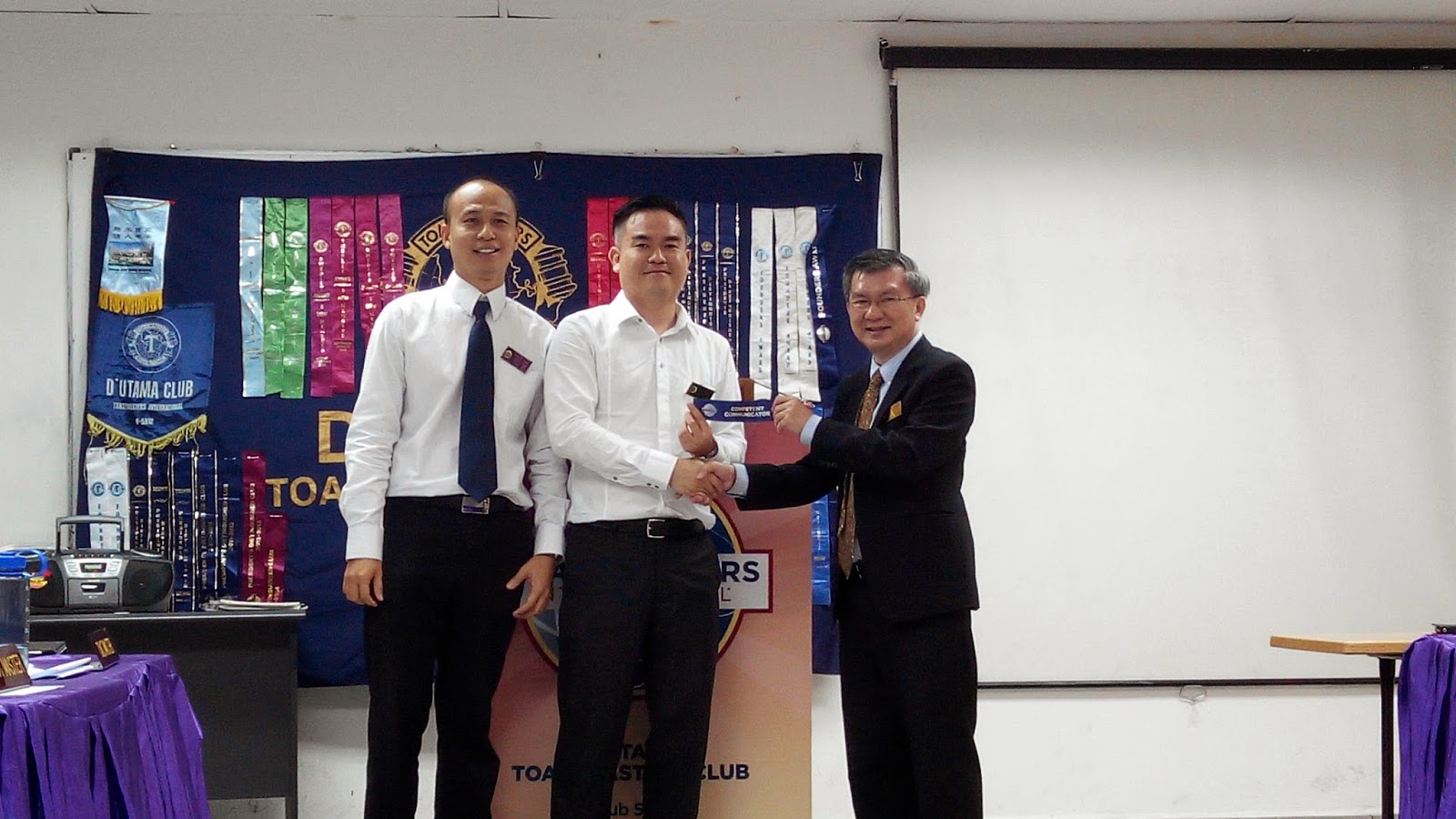 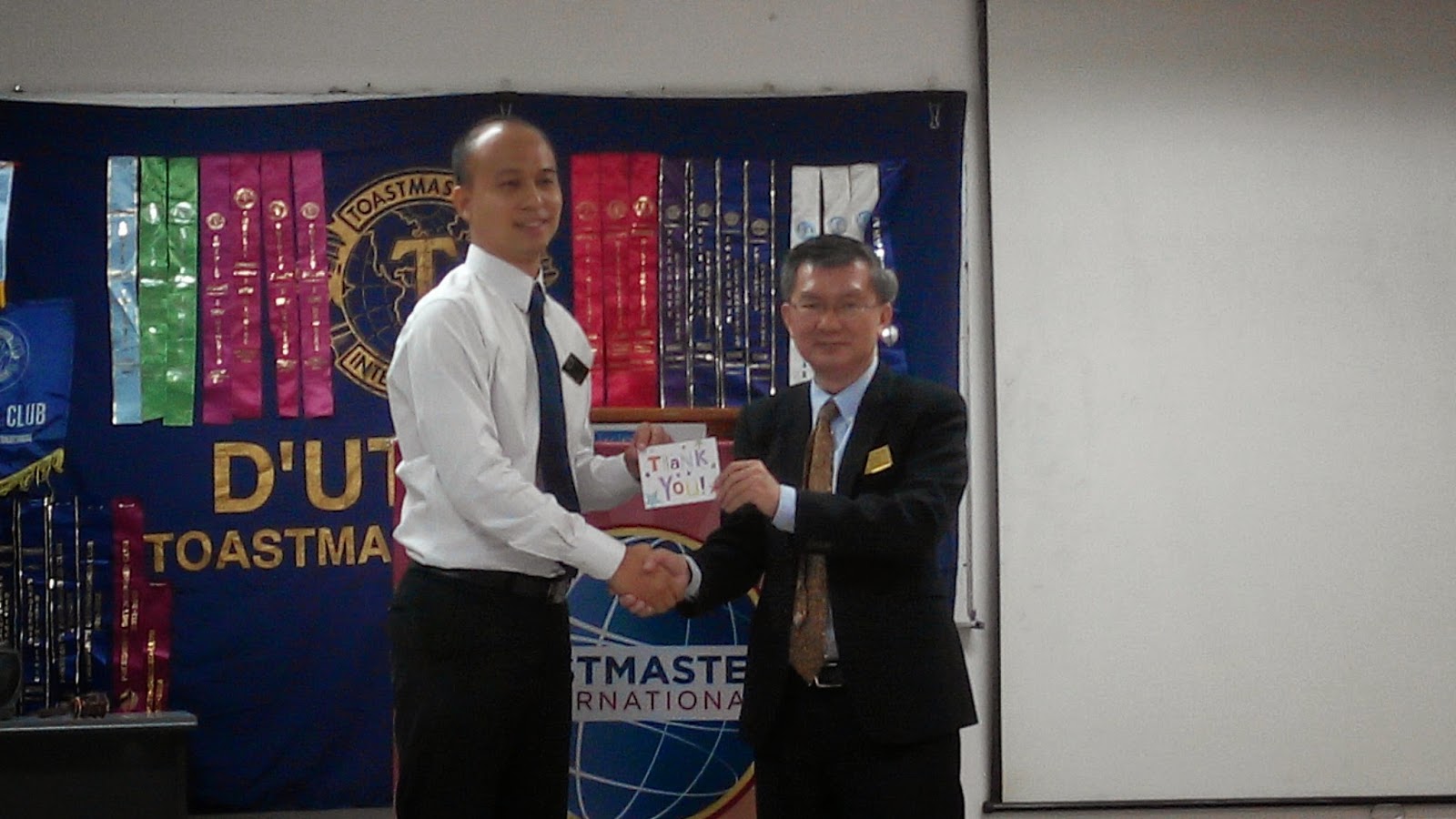 Club President Henry Fu presenting a Thank You card to the TME, Jack Ng, CC for leading a successful meeting that night. 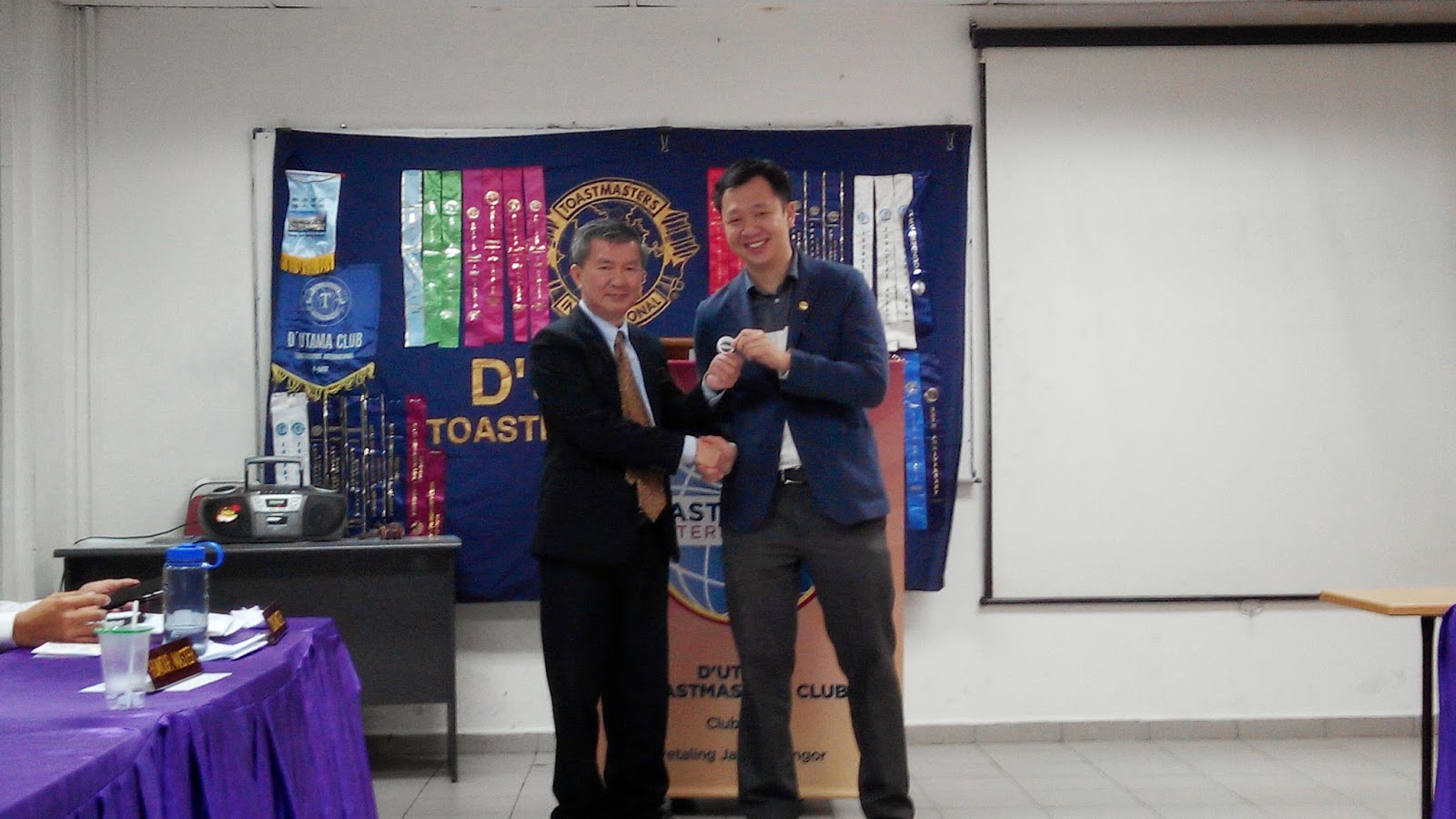 Thank you to all members and guests for your support during the meeting. We look forward to see you again in the next meeting.