G. Sivalingam, DTM, will be the Division D Director for the term 2015/2016. He has been a member of D’Utama Toastmasters Club since 1998 and served as Club President for the term 2001/2002. He was also District Secretary for the term 2003/2004, when District 51 was the largest in the world, covering as many as 7 countries comprising of Malaysia, Singapore, Thailand, Indonesia, Brunei, Hong Kong and Macau.

During the upcoming term, G. Sivalingam will be overseeing 5 Areas. The clubs that will be under Division B are:

NOTE: The final line up will be that listed on Toastmasters International website on 1 July 2015, as that is when the list of suspended clubs will be finalised.

1. What do you think the role of Division Director is all about?

I think it’s about being a steward for all the Clubs in the Division for that one year, and leaving the Division in a stronger position when I step at the end of the 12 months. Stronger in the sense that the Clubs are growing in terms of membership, and educational awards, but most importantly that the Clubs are places where people feel it is worth their time to be in.

2. What are the challenges and opportunities do you see awaiting Division D in the next term?

On the challenge side the Division is very small, as I have only 13 living Clubs, and a Division is supposed to have around 20 Clubs. On the opportunity side it is much easier to grow from a small base, and easier to connect with a small group of Clubs and share the vision of where to go.

3. What do you hope to achieve as Division D Director?

I only have 2 Key Performance Indicators for my Division Team:
1.Identify a successor for each position by 30 April 2016, e.g. my own successor, and the successors for each of the Area Directors.
2.Have 20 Clubs with President’s Distinguished Club status by 30 May 2016.

4. What made you take up this role? What do you hope to get out of it?

I have been in Toastmasters for a very long time, playing various roles, and learning the ropes for a long time.  I was waiting for the right time to commit to a leadership role when I had an epiphany and realised that there would never be a perfect time, and time would just keep passing by. That was when I finally made the decision to go for the post, and this was just a few days before the Conference itself.

What I hope to do is create something, as I’ve always admired people who can dance, or paint, or create art in some form or another. I’ve never done those things so you could say this is my own personal art piece, although like art, it’s going to be transitory as one year from now someone else will fill the position, but that’s ok. I just want to create and make a difference for myself, and not for anyone else.

5. Is there any formidable District Leader who inspires you in your own leadership track?

One name immediately springs to mind-Past District 51 Governor Christopher Teo of Singapore.  I admire him as he was not a charismatic leader, and he followed in the footsteps of a very charismatic District Governor.  When he tried to be charismatic he didn’t do very well as that was not who he was. When he realised that and gave up trying to be charismatic, and just concentrated on being who he was, which was a hard working man, who cared about the people under his wings, that was when he achieved success, in my eyes, and in many other eyes as well.  To me, he was one of the best District Governors ever, and to a large extent, I have tried to emulate him. 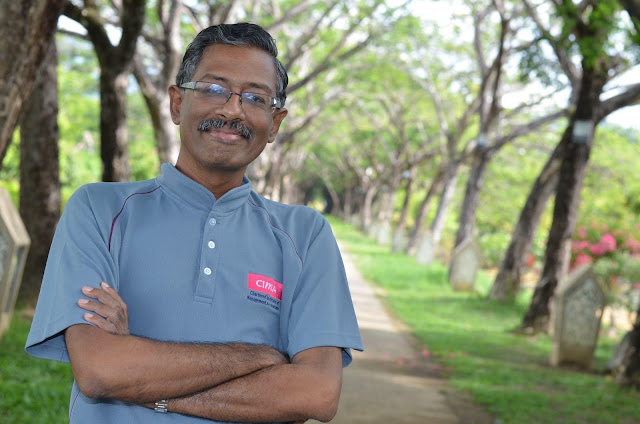